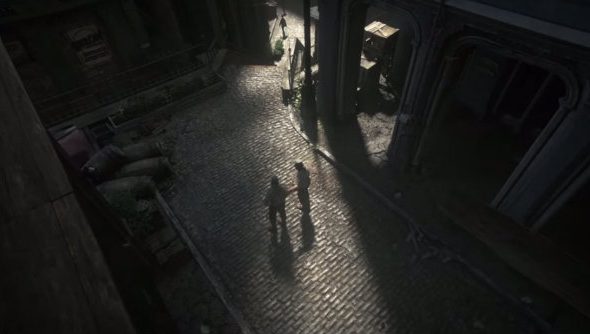 See what else is due this year in our list of upcoming PC games.

In an interview with Game Informer, developer Arkane Studios shared part of the sequel’s cast list, revealing actors from both Netflix’s Daredevil and Game of Thrones.

Even the previously silent protagonist Corvo Attano will be voiced – although disappointingly not by Antonio Banderas – with Stephen Russell, known for Fallout 4’s Nick Valentine, stepping into the role. Emily Kaldwin, who is also now a playable protagonist, is also voiced by a Fallout 4 actor, Erica Luttrell.

You’ll even hear Sam Rockwell’s (Confessions of a Dangerous Mind) voice as you skulk about the city, with him lending his vocal talents to the Dunwall City Watch and a character called Mortimer Ramsey. Here’s the full cast list and their announced roles:

Dishonored 2 is due to release on November 11, with the first gameplay footage landing at Bethesda’s E3 event in June.