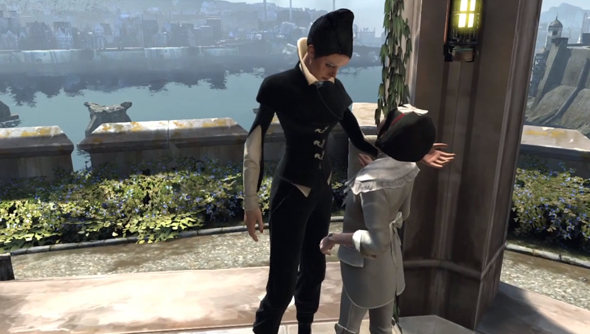 It can be a little disheartening to look at the broad sweep of immersive sim development. Is Dishonored really a decade and a half’s advancement away from Thief? And what on Earth was going on in those eight years between Deus Exes?

Arkane founder Raphael Colantonio has a more positive outlook on the shape of complex action game development. After a dip in the ‘00s, he believes the public appetite for games like Dishonored will only increase.

“I am very hopeful,” he told Critical Path. “If you had asked me the same question five years ago or ten years ago even, I would have said, ‘This is the end of the world, we are going to play bad games forever’.”

“There was this transition of the world of PC which was very deep with as much memory as you want to the world of console that was very shallow in a way – they were very limited with the memory,” he explained.

“So for a while, games were very limited in what they could do. It was not going the right way for me at least – all the deep games were dead, players would not understand them [if] they were too complicated, et cetera.”

In the time since, however, Colantonio has noticed a sea change.

“Now we play some fairly complex games,” he said. “Skyrim, which is a pretty complex game, has been a big hit. Which shows there are smart gamers. They are learning and they are ready for deeper and deeper experiences all the time.”

Colantonio went on to talk about a parallel generational change that is seeing society in general become more “game aware”, and suggested that America is “probably just one generation away from having a gamer president”.

“I have big hopes that we’re going to have so many kinds of experiences,” he concluded. “[Either] the shallow, five minutes, quick-turnover game on your iPhone or those huge deep experiences.”