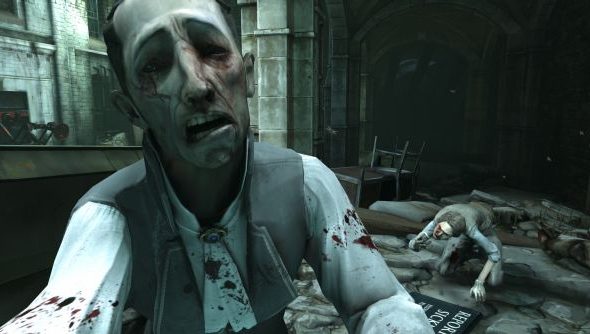 Dishonored’s a great PC release. It’s relatively bug-free and performs well on modest hardware. However, even though the various video and input settings cater well to PC gamers, there are always tips and tricks to improving your PC gaming experience. With this guide, I want to focus on ‘quality of life’ improvements to the game. I’m going to run through how to increase Dishonored’s FOV, backup your save games, and disable intro movies.

The first thing you should do to save a lot of time when loading the game is to disable the intro movies. It’s an easy fix: you just need to edit an .ini file. Just note that the game needs to be run at least once to generate the relevant .ini file.

FOV refers to the angle of the field of view generated by a game. That number should be larger if the viewer is sitting closer to the screen. For many people, an FOV below 90 can trigger motion sickness. Arkane was kind enough to provide an FOV slider where many companies might not even have bothered to include the option. But the FOV slider goes from 65-85 degrees – and they didn’t provide an option to go beyond.

There is a solution. You can manually bind keys to differing fields of view. So that’s what we’ll do here.

Before you go ahead, there’s one important caveat. Altering the FOV will render the spyglass useless. When it comes to using it, you’ll need to press numpad 0 to reset the FOV to the default.

By default this is set to x4, with no option to change it natively. However it can be modified by fairly simply:

By default the game can have some odd texture pop-in. Occasionally, for example, you’ll see low resolution textures appear when switching weapons. This tweak can help reduce the effect:

3) Change all values to 0 and save the document.

Dishonored automatically uses Steam Cloud, and will sync all savegames to the cloud. However, I have always been somewhat paranoid of allowing Steam to have full access to my save games, and I have had more than one experience of Steam Cloud overwriting local save games and hours of progress.

Syncing save games to Dropbox means always having a redundancy in case of a catastrophic failure. Dropbox is a cloud storage service which has a handy ‘undelete’ and ‘previous versions’ function which will always allow you to pull back lost data. The program GameSave Manager can automate the process of linking save game folders (symlinking) to your Dropbox folder in a single click, and has been updated to use with Dishonored.

For your reference, you can manually backup your save games, which are contained at: C:\Program Files\Steam\userdata\[usernumber]\205100\

This feature refers to running a game within a window but having it fill the entire screen and retain that fullscreen immersion. Running the game in a window allows you to alt + tab between windows easily and is immensely useful for multi-monitor PC setups.

I am disappointed to say that this feature has not been implemented in this game, and it appears as if all the standard tools to ‘stretch’ the window into fullscreen also do not work. In fact, all resizing of the window in Dishonored is completely disabled.

Thankfully, the game is fairly alt + tab friendly, taking approximately 3 seconds to switch from game to desktop and vice versa. However, we would really have liked to have seen this feature implemented when it is standard for so many other developers (Valve, Blizzard, BioWare, etc.).

This post was guest written by Andrew Tsai from PCGamingWiki – the wiki about fixing PC games. Andrew is brilliant. You should totally watch his baby being calmed by Gangnam Style.