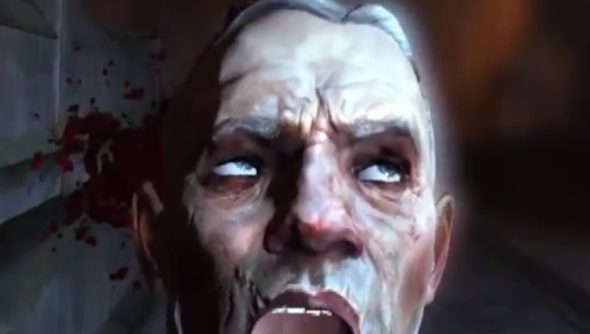 There’s no better way to advertise adult content than to put an innocent kids’ song over the top. Dishonored’s E3 trailer plays out to a child singing an altered version of traditional shanty Drunken Sailor while the haemoglobin liberally flows. It’s also the first video to show Dishonored’s gameplay, which has been richly documented but rarely seen.

While Dishonored’s world looks darkly intriguing, and its stealthy, sneaky methods of dealing death arenicely gruey, the character rendering looks a bit rough round the edges. But we have to praise Dishonored for not being dishonest: this is raw gameplay footage, and as you’ll spend the majority of the game sneaking around – ala Thief – those up-close-and-personal death sequences don’t have to look too mind-blowing.
Dishonored is due for release in October, and we’re sure we’ll find out more about its blubberpunk world at E3 next week.