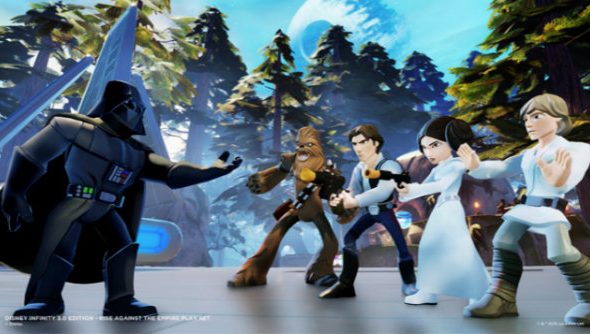 While Disney might be making waves in the movie world, pulling back characters like Spider-Man from the likes of Sony for big-screen homecomings, it seems the media giant is going the other way when it comes to games, pulling out of development and instead focusing on licensing out IP.

Today Disney cancelled their toys-to-life gaming franchise Disney Infinity, closing the game’s development studio, Avalanche Software (not to be confused with Just Cause developer Avalanche Studios), in the process. The closure of Avalanche Software marks the loss of around 300 jobs.

Disney Infinity was a sprawling mixture of all of Disney’s properties, marketed at children with physical toys that could be transported into the game, much like Activision’s Skylanders series. Disney say the series has been under-performing.

“After a thorough evaluation, we have modified our approach to console gaming and will transition exclusively to a licensing model,” a Disney spokesperson told VentureBeat. “This shift in strategy means we will cease production of Disney Infinity, where the lack of growth in the toys-to-life market, coupled with high development costs, has created a challenging business model.

“This means that we will be shutting down Avalanche, our internal studio that developed the game. This was a difficult decision that we did not take lightly given the quality of Disney Infinity and its many passionate fans.”

Senior vice president and general manager of the Infinity franchiseJohn Blackburn explained that Disney Infinity will be wrapping up with two more retail releases before disappearing forever.

“We have two final retail releases coming, including three new characters from Alice Through the Looking Glass later this month, and the Finding Dory Play Set launching in June,” said Blackburn.

“And as we turn to the next chapter in our story, I want to thank everyone who helped bring Disney Infinity to life, particularly Disney’s Glendale-based production and publishing teams, our external development partners, and of course the incredible Avalanche team for their tireless dedication to this project.”

Disney will now focus their videogame efforts on mobile releases and handing out licenses for their IP to other studios. Titanfall developers Respawn Entertainment recently announced they were working on a third-person action game in the Star Wars universe, so expect more announcements like that in the future.

It seems like the way to go if EA’s success with Star Wars Battlefront is an indicator. The company announced tonight in a financial report that the Star Wars FPS sold over 14 million units in fiscal year 2016.