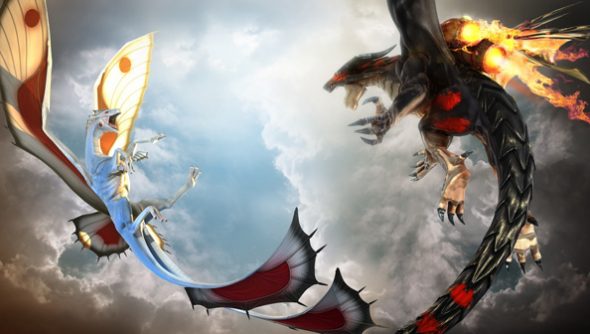 At some point in the last few months – probably while I was gawping at Larian’s other project, Original Sin – Dragon Commander became a Divinity game. Which I think a tad undersells what is very clearly an incredibly brave project for the Belgian RPG specialists, all mo-cap, swooping lizards, batting wings and, somehow, grand strategy.

In addition to adopting the word ‘Divinity’ in the same way Ubisoft have ‘Tom Clancy’s’ – as a sort of protective tarpaulin for rainy mornings down the games market – the dev team have lately found time to tweak and tune the game’s engine, as well as polish its tactical and strategic options, some of which are on show in the trailer below.

Gosh, she was a bit stern, wasn’t she?

Oh, and if you’re at all interested in how the the production standards of high budget affairs like Mass Effect affect the RPGs lower down the financial rung, you might want to read this: how Dragon Commander’s conversation system was saved from silence.