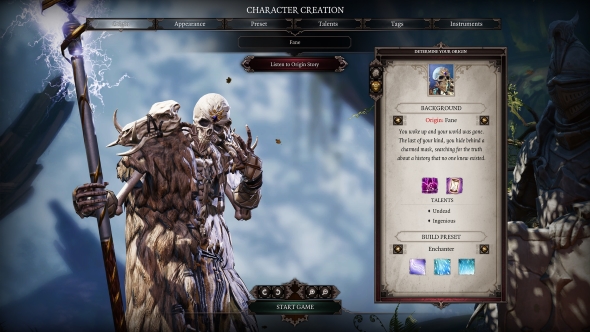 Divinity: Original Sin 2 builds are key to a succesful adventure, and thankfully the game’s character system is one of the most versatile out there. It allows for a huge amount of creativity: rather than being locked into class roles, you allocate skills however you want, creating your own builds and classes.

If that wasn’t enough, the Lady Vengeance – your character’s nautical base of operations – houses an infinitely usable magical mirror that lets you reallocate your party’s skill points. We have been doing just that, playing around with the Magic Respec Mirror in the lower deck for what must be hours. As a result, we offer you some interesting Divinity Original Sin 2 build ideas for your next playthrough of this brilliant RPG. 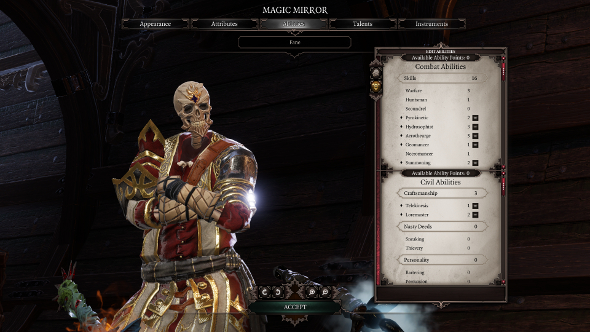 Learning how to use status effects is a direct path to success in Divinity 2. The Weather Machine build is specifically designed to keep your opponents struggling to mobilise with lingering ailments, most prominently Frozen and Stunned.

Use Rain to get your enemies moist, then use Global Cooling or Electrical Discharge to either freeze them solid or zap them into submission. Pressure Spike provides cheap and useful AoE damage and a way to keep fires under control. Picking up some healing and shielding skills, like Restoration and Armour of Frost, will help keep your teammates safe from your status storms. Consider spending some points into Polymorph and Geomancy as well for some extra survivability.

Ranged teams with good magic armour and magic armour regeneration do well with this build in their lineup, as they can resist and avoid the harsh AoE status effects. Also consider taking a Pyromancer along to neutralise the deadly pools of electrified water and ice with a fireball once you are finished with them.

Late-game additions – Ice Breaker adds an extra step to your freezing combo, exploding icy surfaces to deal extra damage, and Closed Circuit creates electrified clouds in a circle around you, giving you more resources to play with. 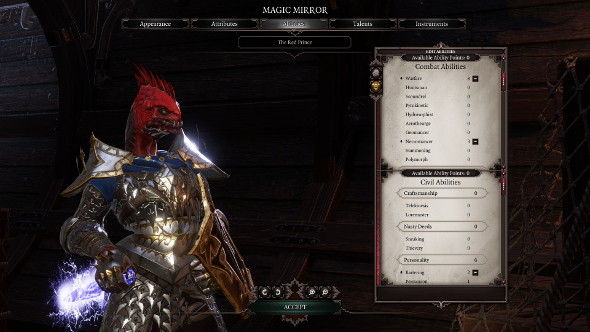 Why hurt your enemies when they can hurt themselves… by hurting you? It makes sense when you try it, believe us. Shackles of Pain is the X-factor here – it marks a target, causing it to take all the damage that you do. Charge in, mark the biggest, nastiest foes, then use Provoke to get its attention – every meaty strike it lands takes a chunk out of its own vitality.

Guardian Angel boosts this even more, as allies redirect their damage onto you, which gets redirected again onto your marked target. Death Wish makes use of your subsequent lost health with a massive damage boost.

For increased survivability, pick up Living on the Edge (you can’t be killed for two turns) and Blood Sucker (blood surfaces heal you – this can be made even better by picking up Raining Blood, which does what you would expect). Also consider throwing some points into Geomancer, Hydrosophist, or Polymorph for extra healing and armour regeneration.

The Armoured Masochist is best in a lineup of mostly ranged characters, so that it can command the attention of enemy melee units unopposed.

Late-game additions – Last Rites provides a last-ditch resurrection spell at the cost of a chunk of your vitality, and Overpower allows you to strip an opponent of their physical armour.

The One Mage Army 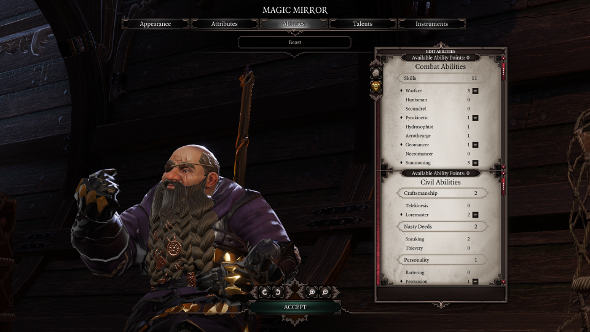 This Divinity Original Sin 2 build gets by with a little help from its friends. One character suddenly becomes five, as Conjure Incarnate, Elemental Totem, and Raise Bloated Corpse create a small army of handy minions. Add in Dominate Mind to turn one of your enemies into an ally for a while and you have quite the devastating force.

Conjure Incarnate and Elemental Totem get an extra skill and elemental damage if you summon them in a corresponding surface, so picking up at least one skill from each elemental magic school gives you a great deal of versatility. Rallying Cry and Cannibalise allow the mage to heal themselves using their nearby minions, so a close-range melee build works well here.

With a finger in every magic school, it is well worth picking up useful low-level skills. Favourable Wind (Aero) and Haste (Pyro) help close the distance and increase your AP pool. Restoration and Armour of Frost (Hydro) increase survivability, as does Fortify (Geo).

This build is effective in pretty much any party composition – in fact, a full team of summoners can command an absurd number of loyal magical foot soldiers.

Late-game additions – Door to Eternity prevents your creations from dying for a full two turns, and Totems of the Necromancer spawns a new minion with physical ranged attacks next to every enemy (living or dead). 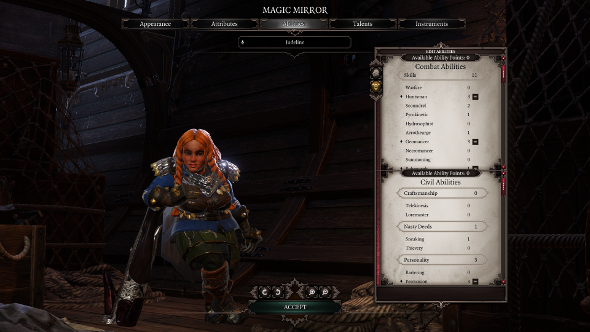 This Divinity build specialises in controlling a specific area, shutting down movement and dealing damage to all foes within it. Impalement and Worm Tremor keep your foes confined to a specific area of the map by either Crippling or Entangling them, and Reactive Shot lets you take automatic shots at any enemies rude enough to leave that area. Pin Down is a high-damage, single-target movement shutdown that’s handy when a melee enemy is causing problems.

For close-range survivability, Earthquake is the ultimate last ditch escape tool. It knocks down surrounding enemies and creates pools of slowing oil. Tactical Retreat is a quick and easy escape teleport, and applies haste to boot, increasing your AP on the next turn.

This build works well in almost any team comp, but you will need to be careful when applying your area control – the pools of oil they leave behind do slow your party down.

Late-game additions – Arrow Storm provides an AoE damage follow-up to your area control, and Living Wall can shut off enemy paths, forcing them to walk through your dangerous AoE effects. 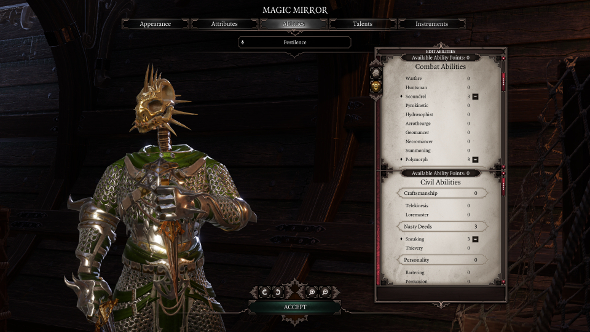 This build is all about shutting down your enemies’ offence. Tentacle Lash and Sleeping Arms apply Atrophy, which prevents foes from using their weapons. Gag Order destroys Magic Armour and applies Silence, preventing mages from casting spells. Chicken Claw turns your adversary into a chicken, which is as funny as it is useful.

Manoeuvrability and stealth are vital for this build, so make sure to take Chameleon Skin (gives invisibility), Spider Legs/Spread Your Wings, and Cloak and Dagger.

Those are our picks of the best Divinity: Original Sin 2 builds. Got any other ideas? Let us know what Divinity classes and builds you’ve used in the comments.