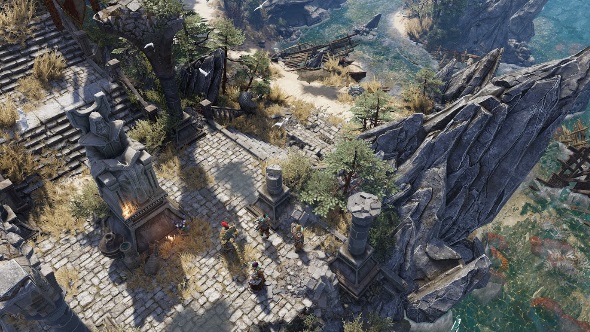 One of the issues with RPGs on PC, especially those that try to mimic the sort of gameplay you get with table RPGs, is that they’re limited by the constraints of videogames. If you don’t code in specific situations you’ve got to provide players with the tools to do it themselves. It’s a struggle to maintain the flexible storytelling tabletop RPGs are so great at. Divinity: Original Sin 2 looks like it’s using its co-op to bring that style of gaming to PC.

Join in the fun with a friend by playing the best co-op games on PC.

A new spotlight for Divinity: Original Sin 2 is showing off the co-op, both online and splitscreen, as you can watch in the short video above. In this example – which is definitely exaggerated for effect but we can get past that – one player is acting against his party, trying to sabotage them. From the way things are described, this style of roleplaying – which clearly goes against the expected progression of a co-op game – is almost encouraged in how well it fits into the game.

The game is leaving Early Access September 14. That’s pretty soon, so this is presumably indicative of how the game will play at launch. Honestly, it looks like one of the best options out there for roleplaying in a game with friends.

So, co-op doesn’t always mean co-op, if you’re an asshole like Apostol in that video.