Not content with the 9/10 we gave Divinity: Original Sin 2 upon its release in September last year, Larian has spent many of the months since reworking elements of its landmark RPG. The results come to PC on August 31 in the form of a new Definitive Edition – or, as it should have been called in homage to the studio’s first game, Defined Definity. I’m prepared to die on this hill.

The update, like the one Original Sin enjoyed before it, brings change by the literal boatload. Some improvements are in response to fan feedback, like a reworked final act for the campaign, which now hosts several new fights.

Others are convenience tweaks you might never have thought to ask for, including a clearer journal and shared party inventory.

The upgrade is completely free for those who already own the game, which makes the purchasing decision easy for the many among you who picked up this Steam bestseller already. But, of course, there’s another significant investment involved in playing this uncompromising RPG: time. Is another 50 or 100 hours of this experience worth it? 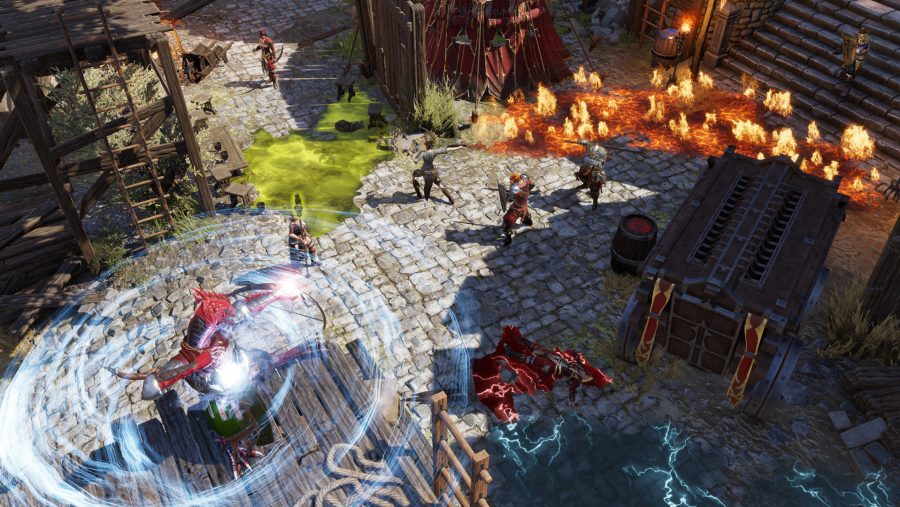 While Classic Mode is officially considered Divinity: Original Sin 2’s ‘normal’ difficulty, it’s far more demanding than the ‘normal’ you might find in any triple-A RPG. The blurb asks for cunning, resourcefulness, and preparedness. It also, in my experience, requires a certain amount of selective roleplaying. Killing off or ditching too many of Fort Joy’s potential companions in the first act can leave you with a severely underpowered party that will struggle to brute force their way through some of Divinity 2’s difficulty spikes.

The Explorer Mode proved more forgiving, designed to still “reward clever thinking in and out of battle.” But it didn’t go nearly as far as the lowest rung of difficulty in Divinity’s peers – the Story Time Mode in Pillars of Eternity, or Story Mode in Beamdog’s Baldur’s Gate remasters. The latter went so far as to make death impossible, removing the tactical experience entirely.

For those particularly keen on Divinity's combat system, the PvP Arena mode has been expanded with new characters and game-changing Mutators - like suddenly-sprouting wings.

Divinity: Original Sin 2 now has its own Story Mode. True to Larian style, it’s not a total walkover – death is still a pertinent concern, as my earliest battles have made evident. But it makes fleeing and resurrection easier, and is specifically designed to showcase “the fun and the fantasy, not rigorous challenge.” Given that Divinity’s routinely gruelling battles might otherwise prevent newcomers from seeing the inventive quests and wonderful character writing of Original Sin 2, that can only be a good thing. 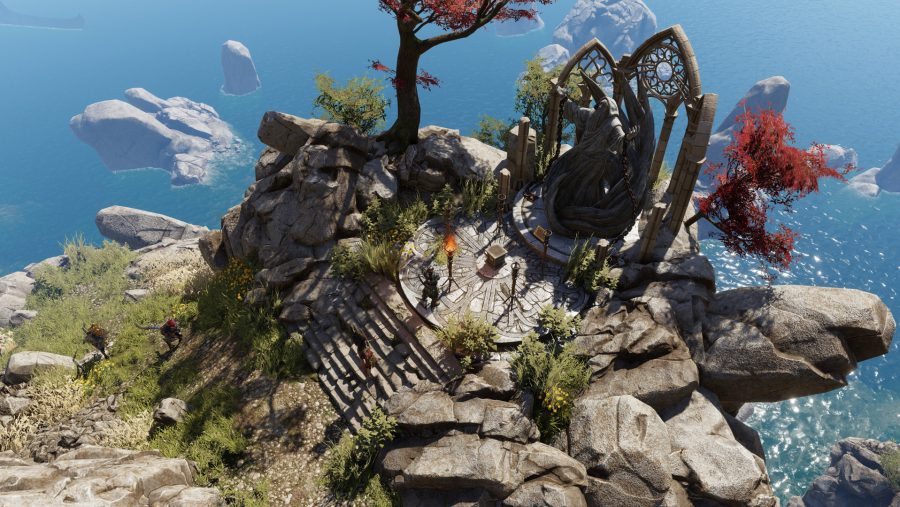 Larian has re-recorded 150,000 words of Original Sin 2’s script for the new edition. And in the opening minutes of the game, I’m struggling to work out why that is. The game’s existing voiceover were largely respectable and, sometimes, even inspired. The addition of companion voices when the game left early access, for instance, transformed Lohse in particular from a try-hard clown into a layered and genuinely funny supporting character.

It’s not clear what has qualified certain lines for a do-over where others have been left as they were. As far as I can tell, the game’s very first conversation with a Magister is identical in script and tone – yet entirely re-recorded. By contrast, those with the guards on the next door remain untouched, as does a subsequent exchange with the Yorkshire-accented Magister investigating a killing.

I was treated to a very human-like sheep bleating

Presumably, there are factors beyond my ken at work here – minor script tweaks, perhaps, or original actors who couldn’t make it to new sessions. But from an outside perspective some of these decisions are mystifying, if harmless.

Mercifully, Larian hasn’t fiddled with the excellent narration of the descriptive passages in Divinity’s dialogue. And I was treated to a very human-like bleating from a sheep this time around, which is a strong contender for the most Divinity thing in Divinity. 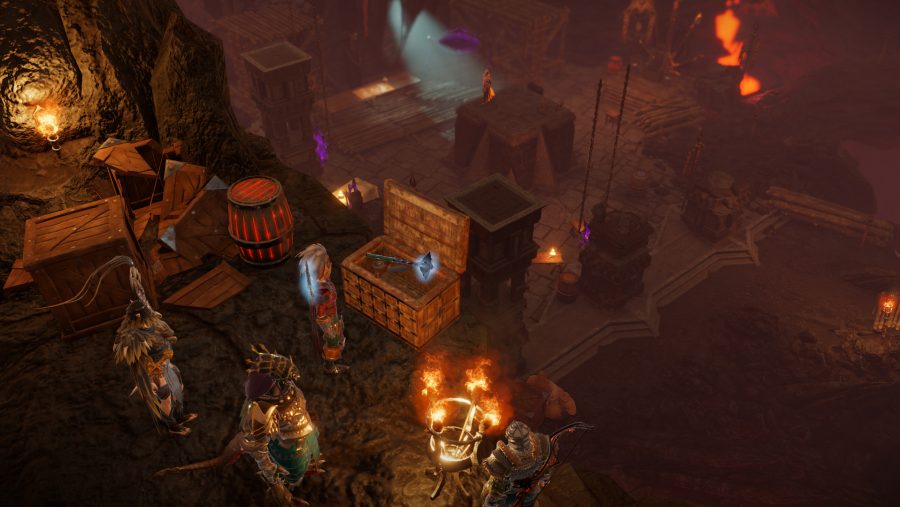 Divinity: Original Sin 2 begins with your passage by prison ship to an island where magic-users are banished. Here’s what I’ll say about that ship: it must be very tall. Larian has added a new tutorial, and the way this has been managed is by shifting the lowest deck one floor up, so as to make room for a new tutorial area underneath. It’s a charmingly simple solution and one that makes for a friendlier introduction to the game as a whole.

I particularly like the fact that it starts by asking you to move a bunch of boxes stacked against a door. Divinity’s interactivity, bolstered by a new physics engine in the Definitive Edition, is the calling card of the series. In fact, there are a couple of decks of cards in the tutorial you can chuck around should you wish.

Perhaps the most important addition with this new tutorial is how it teaches you to explore the nooks and crannies that would be window dressing in other RPGs, exposing the game as the sprawling environmental puzzle it really is.

Divinity’s complex combat gets a brief but proper showing too, and Larian’s personality is unmistakable, even in training. Combo effects are introduced via a sleeping Magister, who has foolishly planted his chair in a puddle, just an arm’s reach away from a spare Electric Discharge scroll. And, without spoiling anything, the studio can’t resist teaching you a painful lesson in letting your guard down after a fight.

It’s all over in a few minutes, and should help any new player get to grips with the intimidating depth that can make starting your first Divinity game feel like falling into a well. Meanwhile, those on a second playthrough can simply climb the ladder to the next level, avoiding the rigmarole entirely. Perhaps every game should have a tutorial deck.