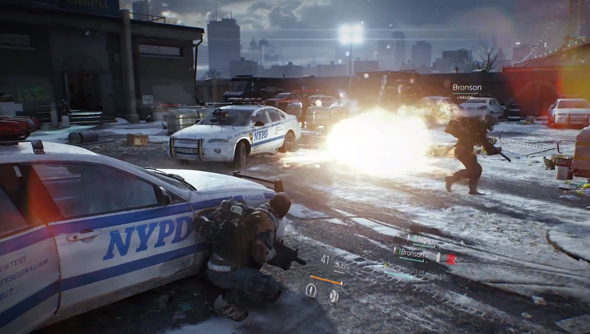 The Division is easily the most exciting thing to come out of today’s E3. An open world co-op RPG set in a world that’s been torn apart by plague.

You play as part of The Division, an organisation of self-sufficient tactical agents working to restore order after the world has gone to pot with illness. Your skillset is defined by how you spend your experience points; either you can direct it into offensive abilities like remote gun turrets, or into intelligence skills that let you monitor an area for assailants.

One thing: it wasn’t announced for PC.

The Division is being developed by Ubisoft Massive, formerly Massive Entertainment, the team behind the Ground Control Series. Though, since being bought out by Ubisoft, they’ve been one of the developers brought in to help on games like Far Cry 3 and Assassin’s Creed. This marks the first game that’s under their full control.

That said, the footage of The Division in action looked like it was adopting a lot of tech from other games in Ubisoft’s cannon – the open world and in-game tech overlays look akin to Watch Dogs. But where Watch Dogs seems a little stale, The Division takes place in a world that seems rich with character, cities caught in the throes of collapse are difficult to depict well and Massive have nailed it in what we saw of The Division.

Then there are the features that Ubisoft are boasting. It’s an open-world multiplayer RPG, something that’s right at home on a PC. We’ve kinda been doing always-on multiplayer RPGs for years, you could say it’s our thing. Yet when it came to saying what platforms The Division would release on we only hear the names Playstation 3 and Xbox One.

What with all the love Ubisoft have been showing the PC of late – DRM has been cut back, Uplay’s been launched, we’ve had simultaneous releases – it’s seems a fair expectation that we’d be seeing The Division, too.

Hopefully this is only temporary and we’ll be getting our hands on the game, too. Maybe it’s some sort of exclusivity thing. We’ve contacted Ubisoft to try and find out their reasons for this oversight.