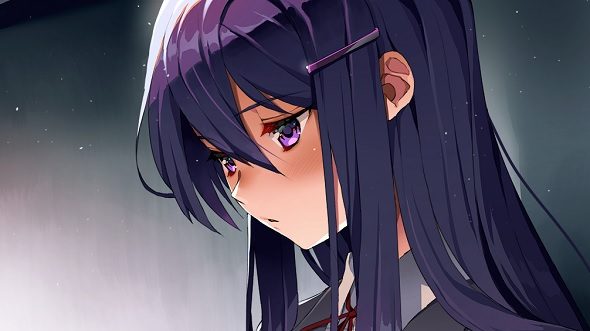 Doki Doki Literature Club became a surprise hit when it released on Steam in September last year, and with good reason. It may look unsuspecting, even adorable, but Doki Doki transforms from a lighthearted visual novel into a twisted, unnerving tale of horror that plays on your mind long after you have finished with it.

Make sure you don’t miss the best anime games on PC.

It starts with you joining the titular club, of which four girls – Monika, Sayori, Natsuki, and Yuri – are the only other members. At first, you spend time with the girls as you consider who you would like to date, while hints about the game’s true nature are subtly dropped. Sayori is depressed, which pulls at your heartstrings and prompts you to become the ray of sunshine in her life. Your typical setup for an uplifting dating sim, right? Wrong. Fall into this kind of emotion-baiting trap and you, like me, will experience several gut-wrenching horrors before the credits roll. 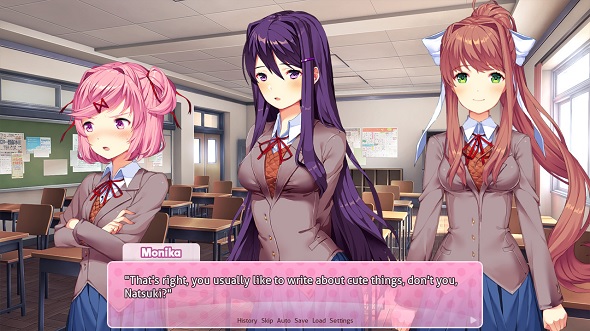 Doki Doki’s greatest tool is its ability to surprise. Once you hit the first, shocking twist you are dragged into its deranged tale, eager to see what could possibly happen next. What spooked me most wasn’t the violence or jump scares, but how the developers wrestle control away from you and put it firmly into the hands of Monika. It is a brilliant and unnerving way to break the fourth wall.

As Monika wants attention from you she moves your cursor when you are making choices and gets rid of alternative routes so that the focus is, eventually, entirely on her. She also knows if you are recording the gameplay and addresses you about it directly – you, that is, sat at your PC, not the character inside the game.

Monika can also delete the other girls in the game – at one point you have to dig into the game files yourself – but first she contorts and amplifies their most notable personality traits. The text is garbled and their faces begin to disappear or become unsettlingly realistic – Yuri’s large anime eyes are replaced with smaller, more authentic eyes that look around.

With Monika playing puppet master, Sayori’s depression is amplified so that she becomes suicidal. Yuri’s OCD takes a horrendous turn too, as she stabs herself in a twisted expression of love, leaving only her corpse behind. These moments are haunting and require some deep breaths to get through. The game drops none of its cutesy demeanour throughout all of this – the contrast of presentation and what’s happening somehow makes it worse. 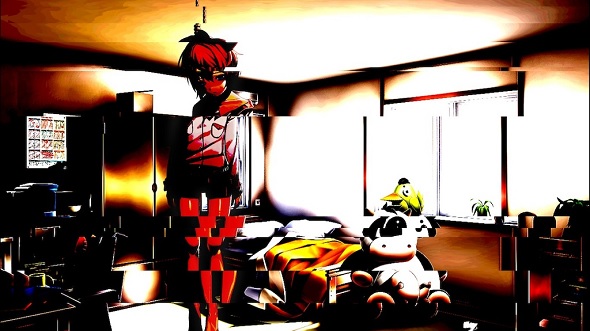 But while the game is horrifying on a number of levels, Doki Doki Literature Club is also tragic, and at its heart is a saddening tale. The more I think about Monika and her motives the more this becomes clear. She is delegated to being a side-character and knows she will not be given the opportunity to flourish. She comes after you as you are her only connection to the real world, a world where she can exist beyond her purpose in the game – that is precious to her.

This treatment of game characters as if they were real people, with emotions and desires, is increasingly prevalent in our world as we develop artificial intelligence. In fact, celebrated TV series Black Mirror explored this exact idea in the episode USS Callister. Yet, Doki Doki Literature Club is able to drag us into the techno-paranoia nightmare more effectively as it subverts the videogame format to take control from us directly.