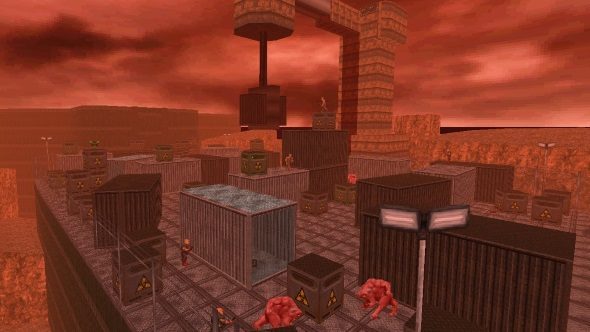 Id’s revival of the series last year might have given the classic Doom mod scene a bit of a boost (or at least a little more press coverage), but 2017’s spree of manic activity from one of the oldest and strongest mod scenes out there was entirely attributable to the community.

The game may be 24 years old, but Doom mods are cooler than ever, democratically speaking. The masses have been heard, and ModDB’s Player’s Choice award for best mod of 2017 goes to Sgt Mark IV’s splatteriffic and ambitious Brutal Doom, which saw a major new beta release this month.

True classics never die on PC. They evolve, grow and become stronger than you could ever imagine. Check out some of our most recommended PC oldies here.

One of the most common complaints leveled at Brutal Doom is that by changing the core game’s balance so much, it doesn’t pair up well with most commonly played level packs, vanilla Doom 2 & expansions included. The (beta) v21 release aims to address that twice over. Firstly, if you play the original Doom 2 campaign, you’ll find many of the levels remixed and enhanced so as to better match the style of the mod. This is an entirely optional feature, but an interesting one. 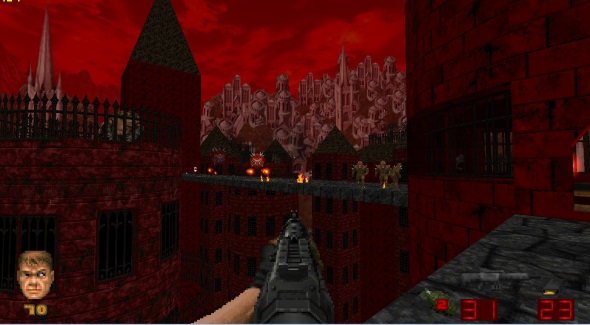 More importantly, this month saw a beta (many maps are still in need of polishing) release of Exterminaton Day, Brutal Doom’s own dedicated campaign. A full game-length set of levels that take you all the way from the initial invasion of Mars, back to Earth, and then to Hell in semi-cinematic style, featuring some massive setpiece battles where you work alongside swarms of friendly marines, and even drive tanks to cover their advance against the armies of hell at one point. It’s full of clever little details, too, like the Mars levels having slightly lower gravity, making for both easier jumps and more spectacular gib-fountains once you break out the explosive weaponry.

The Extermination Day levels really have a feel all of their own. This isn’t classic Doom, nor is it Doom 2016, but rather a hybrid of both with a dash of Duke Nukem 3D for flavour. Detailed, semi-realistic environments (especially the cityscapes of the second act) packed to the gills with demons, but with plenty of opportunities for more tactical stop-and-pop style shooting. The levels leverage the new weapons introduced by the mod, including a messy but powerful single-shot grenade launcher, a room-clearing automatic shotgun and a deadly railgun that punches bloody holes through linear columns of monsters. Ambitious secret-hunters might just find the incredibly powerful Unmaker in Hell, too.

You can pick up Brutal Doom on ModDB, although the Extermination Day campaign and accompanying music pack are currently hiding out on the developer’s Patreon page, free for anyone to access. You’ll need Doom 2 (£1 on Steam, £2.50 with both expansions) and the GZDoom engine to run the mod. And while you’re at it, check out our picks from the rest of this busy, busy year in Doom modding – there’s plenty more to pick from.