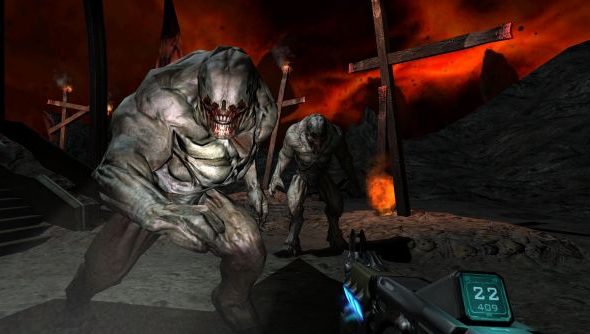 Doom 3: BFG Edition is more than just a re-release, say Id, and that’s true. It comes with a seven-level campaign, ‘The Lost Mission’, assembled from material cut from the original game. Fans on Reddit, however, have discovered that The Lost Mission isn’t half as new as they expected.

The above video highlights segments of Doom 3: BFG Edition’s maps which seem to have been duplicated wholesale for The Lost Mission, discounting a few variations in light sources and enemy placement.

The discovery was made byMarphitimusBlackimis, whose screenshots furtherdemonstrate the extent of the asset reuse: Have you played The Lost Mission? If so, did you notice?