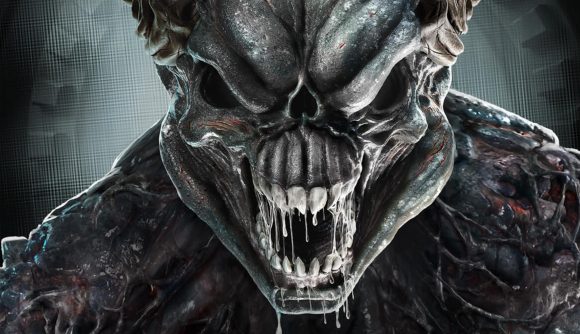 You’ve probably – or hopefully – forgotten, but Doom Eternal isn’t the only new Doom release coming soon. There’s a new live-action movie, Doom: Annihilation, and it’s being released this coming Tuesday, October 1 – direct to DVD, Blu-Ray, and digital. The first reviews of the movie are now out, and as for the results – it would be staggeringly generous to say ‘mixed’.

The two main critical reviews out there are from Forbes and Blu-Ray.com, and of the two Forbes is by far the most generous. Forbes’ reviewer Alex Kane calls it “better than the last one,” as well as “good, trashy fun”. He adds that “the action’s slick, and the creature effects look impressive,” and is full of praise for the movie’s lead Amy Manson. He does, however, also call it “workmanlike, direct-to-video fluff” too.

Blu-Ray.com’s Martin Liebman, on the other hand, is far more brutal with his verdict. He calls it “a horribly dull action film,” “a slog of a movie,” and “nearly unwatchable genre fodder.” “Poor acting, a zero-sum script, unimaginative atmosphere, uninspired production design… the list goes on,” he continues. “Skip it.”

Liebman also had stern words about the features on the Blu-ray – as there aren’t any, not even the film’s trailers are included. “There’s very little reason for even hardcore franchise fans to watch,” he concludes. He suggests playing the games or waiting for Doom Eternal instead, which is probably sound advice.

It’s a wonder if Bethesda had any say in the movie. When the last trailer (above) came out, the publisher effectively disowned it – with the simple comment “we’re not involved with the movie.”

The previous Doom movie came out in 2005, and rather impressively starred both Karl Urban and Dwayne Johnson, while making little to no use of either. It also wasn’t allowed to say that its creatures came from Hell, which rather removed the whole point of it being a Doom movie. At least Annihilation got that part right – if nothing else.

Doom: Annihilation comes out on October 1. Doom Eternal comes out November 22, and it’s probably the safer one to look forward to.