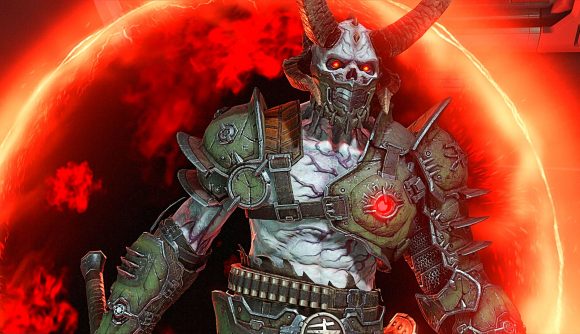 The latest Doom Eternal update is here, and finally adds promised features like – ah, who am I kidding. This is the update that adds Denuvo anti-cheat to the PC version of the game, and while id has been up front about what the anti-cheat service does, players are extremely concerned that the implementation is far too invasive.

Denuvo anti-cheat for Doom Eternal adds a kernel-mode driver, which – similar to the controversial Valorant anti-cheat system – gives the protection service access to your system at the lowest levels. That makes it great for stopping cheat programs no matter how they’re running, but many players are uncomfortable with a game taking this level of system access.

id says that the anti-cheat driver launches with the game and closes with the game, and “does not take screenshots, scan your file system, or stream shellcode from the internet”. The anti-cheat can be removed directly from your ‘add or remove programs’ box in windows, but that’ll prevent you from playing the newly-introduced Battlemode multiplayer.

Publisher Bethesda says that you should be able to continue playing single-player without the anti-cheat software installed, though players have found that’s not the case – hopefully that side of the issue, at least, will be fixed soon. Players on Linux have also reported that the anti-cheat driver has broken compatibility through Steam’s Proton layer.

Denuvo anti-cheat is separate from the piracy protection software, Denuvo anti-tamper. When Denuvo anti-cheat was announced back in 2018, the company said it hoped its efforts to preserve the integrity of multiplayer games would help endear itself to gamers – clearly, that’s not yet the case.