If for some strange reason you’ve ever fancied hitting four-digit frame rates in Doom Eternal, it turns out all you might need is an Intel Core i7 9700K, Nvidia RTX 2080 Ti, liquid metal, tonnes of overclocking experience, and some liquid nitrogen – easy, right? Well, perhaps not easy or straightforward, but nothing a seasoned extreme overclocker can’t handle.

Bethesda’s Polish community manager Lukasz Lesniewski says that shortly after Doom Eternal launched, he “contacted the head of events at Polish hardware retailer x-kom for a special QuakeCon at Home project. The goal was straightforward but daunting: achieve and record Doom Eternal running at 1,000 frames per second”.

It looks like the key to this overclock being possible was the improvements that were made to the ‘job system’ in id Tech 7, allowing the game to use all available CPU cores more efficiently. This means that all-core overclocks should provide a significant boost to frame rates, as x-kom successfully demonstrates with this impressive 1,000fps overclock.

The eight-core Intel Core i7 9700K received a boost of 3GHz on all cores, but everything wasn’t on the CPU’s shoulders, of course. The model of Nvidia GeForce RTX 2080 Ti that the overclockers used was the Asus RTX 2080 Ti Strix, which comes with a 1,350MHz base clock and 1,650MHz boost clock at stock settings. The RTX 2080 Ti is currently the fastest graphics card on the market, and these overclockers managed to get it running at a whopping 2.4GHz. 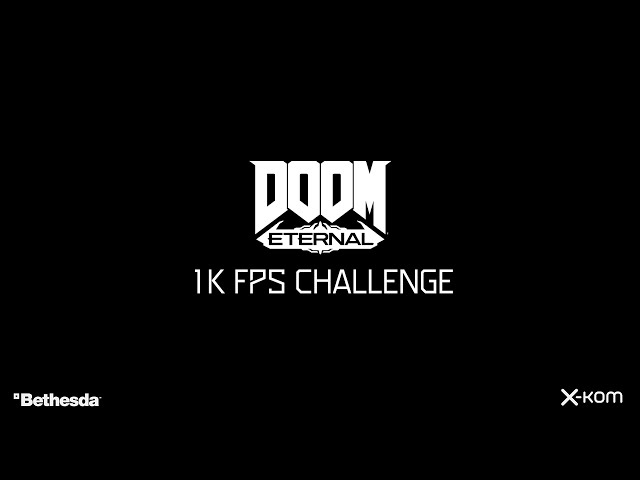 Here are the full post-overclock system specs (taken from the description of the YouTube video above):

Quite the system, don’t you think? But anyone can change a CPU multiplier to generate a ridiculously high clock speed – the trick is keeping things cool and stable enough to actually run at those clock speeds. This is done with the help of liquid metal and liquid nitrogen. 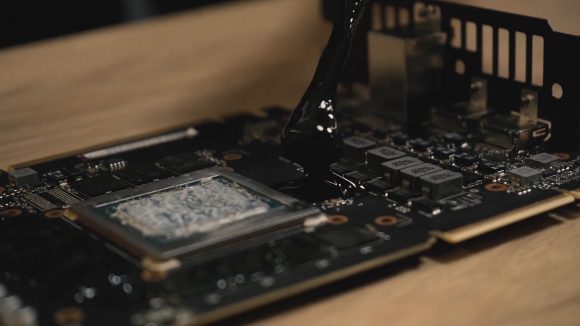 In the video, you can see the overclockers taking apart the RTX 2080 Ti and spreading some viscous stuff all over it. This is most likely a coating to protect PCB circuitry so that Thermal Grizzly Kryonaut, a non-conductive thermal paste that works at sub-zero temperatures, can be added to the GPU die for better thermal conductivity, and liquid nitrogen can then be added into the mix without any risk.

The final trick is to pour liquid nitrogen on the CPU. Heatsinks and AIO coolers be damned, liquid nitrogen is perfect for keeping CPUs with unholy overclocks running cool with the nitrogen sitting at about -195°C – needless to say, you have to be extremely careful when handling liquid nitrogen.

Once all is said and done, the super-cooled and super-clocked system manages to pass the 1,000fps threshold set out as the goal for the Doom Eternal overclock. It’s not something the average 9700K- and 2080 Ti-boasting PC gamer will be able to accomplish, but that it’s even possible with a seasoned overclocking hand is seriously impressive. Now, where’s my liquid nitrogen at?