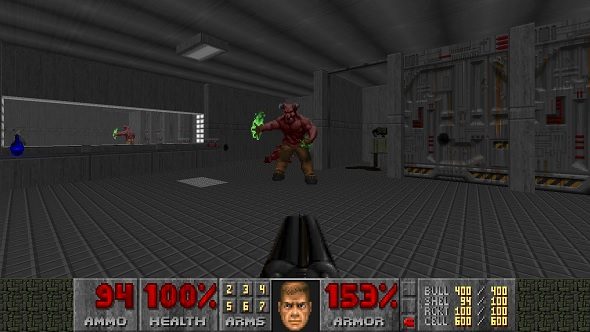 With its very first release back in March 1998, one of the longest supported Doom source mods has stopped development. In an announcement over on the ZDoom forums, site admin Randi is “eschewing further ZDoom development”, bringing its almost 20 years of consistent updates to an end.

If you’re looking for other legendary PC mods, here’s 100 of the best.

Its last full release was back in February 2016, but ZDoom acts as the foundation for many popular mods for the original Doom, including Brutal Doom, Zandronum and derivatives like GZDoom. ZDoom imported and expanded the scripts from Hexen’s ACS system, which allowed for increasingly ambitious Doom WADs to be created and shared with the modding community. For the longest time, it was the only way to play Doom on modern Windows computers.

Even though ZDoom’s official development has stopped, this does not mean that people will stop creating forks or derivatives of the original mod. GZDoom already acts as a welcome successor to ZDoom and many forks exists specifically for making competitive WADs of Doom, rather than just single player campaigns.

The ZDoom site and forums will still remain active, so there will still be people out there creating brand new levels, source mods and all sorts for the community. For the almost two decades worth of fun it has brought to dedicated Doom fans, I suggest booting up you favourite WAD with ZDoom and giving it a proper send off, by bathing in the blood of a thousand Cacodemons.