It might be a bit disappointing that Doom won’t support mods, what with some of the amazing user-created content that keeps the original game sustained to this day, but the SnapMap editor looks like it might make up for the omission of mod support. A bit.

In the same E3 panel that saw Doom devs talking about the game’s “Glory Kills“, there was also a brief chat and a video detailing the SnapMap editing tool. Its main goal seems to be to unify the experience across PC and console, with all extra content delivered through the tool, rather than through mods. 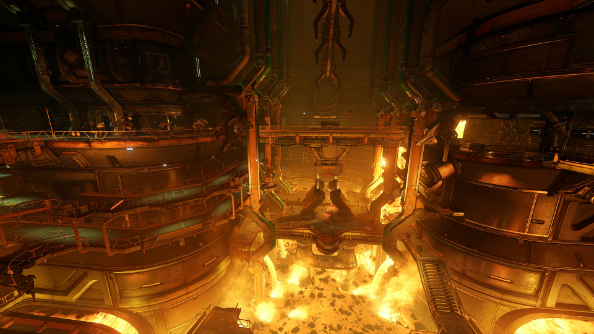 SnapMap does look versatile, but it obviously won’t allow the same freedom as the traditional mod. You can, however, create infinite maps and game modes, even going as far as tweaking enemy spawn parameters and behaviour. One bit of the clip shows the creator set up an armour pickup that, when activated, spawns a demon. Plus, there’s the bonus of it being much more accessible than modding, meaning more content.

It will be interesting to see just how much freedom the tool allows. Executive producer Marty Stratton has stated in the past that players will even be able to create their own cooperative campaign with the tool, and it’s likely the community will push it even further once it’s out in the wild, using it in strange, unexpected ways.

Check out the video below: