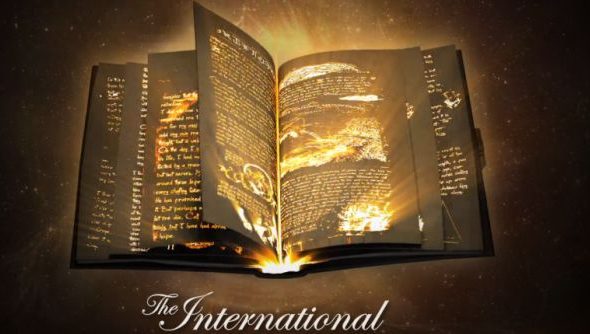 Valve’s digital betting book and all-round tournament almanac is back. This time, the studio have seeded the Dota 2 International prize pool with over a million dollars, but are shooting for $15 million in player contributions – and they’ll probably get it, too. Last year’s Compendium garnered $10.9 million by the time of the International Grand Finals, dwarfing the $2.8m total collected in the initiative’s inaugural year.

Compendium buyers can earn in-game rewards by completing challenges, making predictions and following the event. 25% of all sales go to the International’s overall prize pool.

Valve have set stretch goals in the established fashion: as the pool total passes each, its rewards will be unlocked for all Compendium owners. Rewards begin at $2m with event-specific cursor icons, and end at $15m with the promise of a new Immortal item and comic for hero Axe.

At time of writing the Compendium has already been live for a couple of hours, and fans have been making their contributions – so it’s hard to tell where the prize pot began. But I’m guessing it started somewhere around the $1.6 million mark, as it did in 2014, and that Compendium sales have already seen it clear $1.9m.

Phew. Got your head around all that?