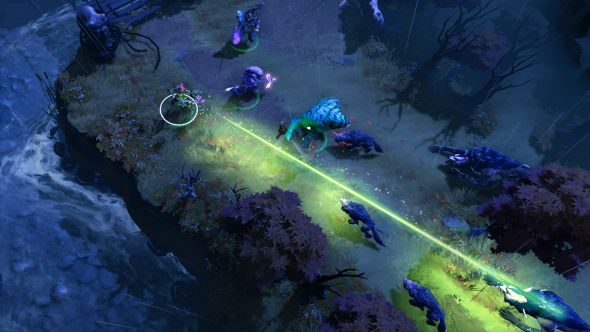 The Asian Indoor and Martial Arts Games spurned League of Legends and instead chose Dota 2 for the MOBA category at this year’s esports event. While LoL has the player numbers, the event clearly thinks Dota 2 is the better esport.

Check out our list of the best LoL Champions.

It’s a big surprise. Back in 2013 (the event is hosted every four years), LoL headed up the ‘esports’ category. This year it’s not even the MOBA of choice.

Elsewhere, Hearthstone heads up the Card Game category, while StarCraft 2 will be representing the RTS. Sports game is yet to be announced. FPS, Fighting, and Racing aren’t showing up this year.

During the Asian Indoor and Martial Arts Games, 62 Asian countries will battle it out across these categories, all vying for a cash prize. The event will be held in Ashgabat, Turkmenistan. It’s a big deal, with the National Olympic Committees of participating countries hosting qualifiers to choose the teams to represent them.

The event is a merger of the Asian Indoor Games and the Asian martial Arts Games.