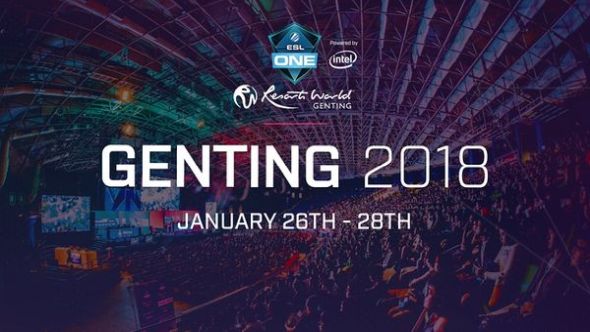 Update, January 26: Valve have issued a response in the wake of player concerns over the ESL One Genting Facebook broadcast.

Amid reports that ESL were threatening takedowns on community streams of the ongoing Dota 2 ESL One Genting tournament, Valve have issued a statement to clarify some of the rules around fan broadcasts.

Keep up to date with the latest Dota 2 patch.

The first issue the statement discusses is that of DMCA notices. Valve say “this one is very simple: No one besides Valve is allowed to send DMCA notices for games streamed off of [Dota’s in-client streaming service] DotaTV that aren’t using the broadcaster’s [in this case ESL] unique content.”

The second part of the statement concerns who is actually allowed to cast from DotaTV. Valve say “we designed the Dota TV guidelines to be flexible to allow for up and coming casters, or community figures like BSJ and Bulldog that occasionally watch tournament games on their channel, to be able to stream off of DotaTV.” That implies that streamers BananaSlamJamma and AdmiralBulldog – whose streams were cut short earlier this week – were both allowed to continue streaming.

Valve go on to clarfiy that DotaTV “is not to allow commerical organisations like BTS to compete with the primary stream. It’ll be our judgment alone on who violate’s this guideline and not any other third party’s.” You can read the full statement, as well as the DotaTV guidelines,here.

Original story, January 24:The first significant Dota 2 tournament of 2018 is currently underway, but thanks to the way it’s being broadcast, fans are not happy.

Last week, ESL announced a deal with Facebook that would result in the English streams for all of the ESL One events being broadcast exclusively on the social media platform. That means that ESL One Genting, a Dota 2 tournament with a $400,000 prize pool and the chance to win qualifying points for The International (Dota 2’s World Championships) later this year, isn’t being streamed on either Twitch or YouTube.

That’s a move that clearly hasn’t proved popular with the Dota 2 community. A combination of technical issues, a lack of visibility, and reports that ESL are asking community figures who are Twitch streaming the tournament via DotaTV to take down their streams, means that the front page of the Dota 2 subreddit is full of anti-ESL sentiment.

Beyond that, however, the viewer numbers don’t appear to be falling in ESL’s favour. At the time of writing, there are around 2,800 viewers watching ESL’s Facebook stream of Fnatic vs Vici Gaming. A quick look at the Dota 2 page on Twitch, however, shows one community stream with more than 27,000 viewers, and another with more than 11,000, with several smaller streams also available.

Valve’s Dota 2 broadcasting rules state that “anyone should be able to broadcast a match from DotaTV for their audience. However, we don’t think that they should do so in a commercial manner or in a way that directly competes with the tournament organiser’s stream. This means no advertising/branding overlays, and no sponsorship. This also means not using any of the official broadcast’s content such as caster audio, camerawork, overlays, interstitial content, and so on.”

An ESL spokesperson issued a statement via the subreddit saying “Keeping within [Valve’s] guidelines, and the agreement we have to broadcast ESL One, we are not going to allow any streams that are competing with our main language streams and we can’t let streams that monetize content from our tournament stay up.” So far, BananaSlamJamma, player for North American team VGJ.Storm says he has been banned from Twitch, and Alliance streamer Henrik ‘AdmiralBulldog’ Ahnberg has also taken down his stream amid reports that ESL suggested they would issue a copyright strike against his channel.

I have been banned. Let the memes continue

ESL’s senior vice president of product, Ulrich Schulze, tweeted in defence of the company, saying “Here is how many Dota tournaments there are going to be in the future if noone is taking money for broadcast rights anymore: Exactly one (The International).”

Here is how many Dota tournaments there are going to be in the future if noone is taking money for broadcast rights anymore: Exactly one (The International). Having your cake and eating it too never works.