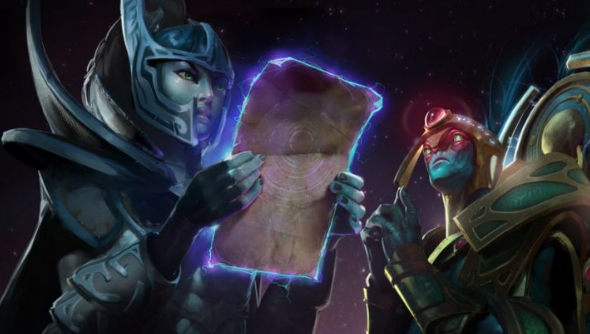 Valve have kicked off a new event in Dota 2 that demands you seeks out specific targets in return for trophies and other rewards. Until December 7th, a list of targets will be available on the Dota 2 website that must be slain in battle by the community.

Most Dota 2 events come coupled with a new game mode, but Nemesis Assassin instead sticks with the normal, unranked games. To participate, you need to enter a game owning the Manifold Paradox Arcana and play as the Phantom Assassin. The Arcana is currently on offer at $28 if you need to pick it up. When in play, the opposite team must have members playing as the targets listed on the Dota 2 event website. The Phantom Assassin must then kill their target before they are killed themselves. The target must try and defeat the Phantom Assassin before they hunt them down. With your target defeated, the team must then win the game in order to win the event trophy.

Players who don’t own the Arcana set and are not playing as the Assassin can still take part, and will win rewards for helping the Assassin complete their contract.

The list of targets will change each day of the event, and after each hero has been killed a set number of times by the community they will be sent to the graveyard and removed from the pool of potential targets.

For the full ruleset and to see the current set of targets, take a trip to the Nemesis Assassin event website.