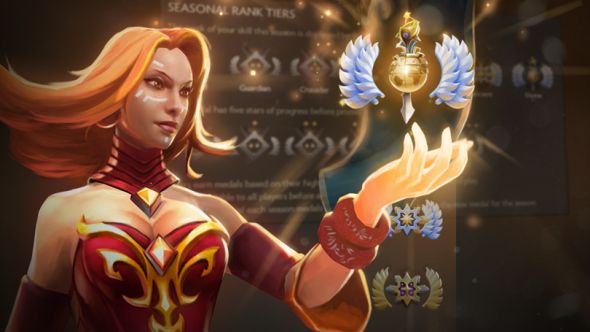 Valve are launching a new six-month ranked season. In a blog post on November 22, the Dota 2 developers announced that they have reworked the game’s ranked matchmaking system.

Check out our list of the best Dota 2 heroes.

Under the new system, players entering a ranked season will be “able to earn a new Rank Medal on their profile that represents their highest performance level for the current season.” There are seven levels of medal, of which Herald is the lowest and Divine the highest. The other five, in order from lowest to highest, are Guardian, Crusader, Archon, Legend, and Ancient. Within each of the seven ranks are five stars, which mark your progress to the next rank.

Your medal will document the high point of your season, which means it will never decrease, even if your rank decreases (which would only be because your team are holding you back, obviously).

Your medal rank is based on your performance across both Solo and Party ranked games, although Solo games have a bigger impact. At the top of the ladder, for the Ancient or Divine medals, Party games are not considered at all. The new system is live now.