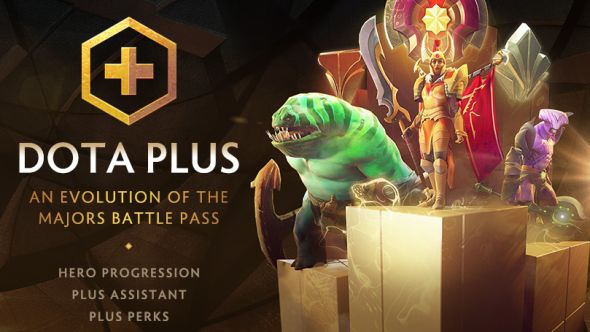 Valve have introduced a new monthly subscription service for Dota 2. Dota Plus will act as a upgraded version of the game’s ongoing battle pass, and is available now.

Here’s how to play Artifact – the Dota card game.

In an announcement this afternoon, Valve said that the new service “is an evolution of the Battle Pass,” which previously came in two forms – one for the majors, and one for The International. While the latter will remain in place, the Majors Battle Pass will be replaced with a brand new system, costing $3.99 a month.

Dota Plus “will be an ongoing, uninterrupted service filled with features that provide both progression and opportunities for improvement.” It’ll include hero levelling, which will allow players to make progress as well as helping them improve, by earning Shards, a new form of currency that can be used to unlock rewards. There’ll also be skill-based challenges to complete, and the Plus Assistant, which will gather data from different skill brackets to keep builds constantly up to date.

Dota Plus members will also get access to the returning Battle Cup for free, while other players will have to pay $0.99 for the privilege. Dota PLus is available now, and you’ll receive a discount if you purchase in six or 12-month subscriptions. You can also gift subscriptions to friends.