MOBAs such as Dota 2 are the biggest thing in gaming right now; NVIDIA’s GeForce GTX 950 GPUs and above deliver unprecedented performance for a crucial competitive edge.

You’d be forgiven for assuming that the biggest deals in gaming are AAA blockbuster sequels with gi-normous budgets. But the truth is that the Multiplayer Online Battle Arena (MOBA) scene is absolutely massive, with over 30 million players slugging it out online every month, and big money prizes to be won in over 2,100 eSports tournaments every year.

When it comes to MOBA there are three names you need to know: Dota 2 by Valve, League of Legends from Riot Games, and Blizzard’s Heroes of the Storm. They each have their own unique angles and special touches, not to mention millions of staunch devotees, but they all boil down to the same basic gameplay: two teams of five players fight for control of an enormous online battleground. The point-and-click action is like a real-time strategy game featuring an enormous bank of customizable characters, spells, special items and loot that give the games an added role-playing feel. 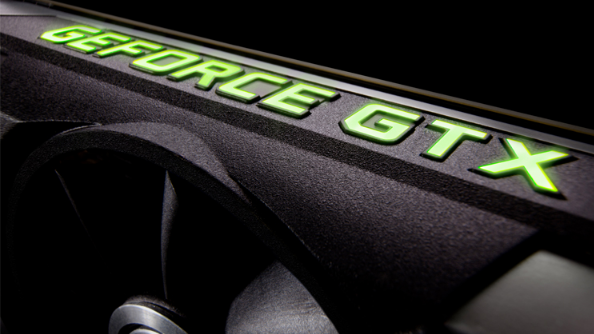 It’s sprawling team-based fun where tactics and cunning count for plenty, and speed is everything; you can’t afford to be bogged down by slow and outdated hardware that’ll rob you of a crucial fraction of a second of reaction time. Pro eSports players ensure they have that extra competitive edge by using top-end systems packing the most powerful GPUs; however if bleeding edge GeForce GTX 980 Ti is way out of your price range, NVIDIA has an affordable new solution for you.

The GeForce GTX 950 is NVIDIA’s new entry-level GPU, and it’s available now. It’s everything you need to get you started in the thrilling world of MOBAs without breaking the bank, and once you’ve honed your skills and developed your winning strategies it’ll give you the performance you need to compete at the highest level.

The GTX 950 clocks in at three times the speed of the older GTX 650, while packing all the features and capabilities of the GTX 980. With NVIDIA’s Maxwell architecture at its heart, it’s fully compatible with DirectX 12 and supports NVIDIA’s latest GameWorks effects like PhysX Flex, as well as technologies such as G-SYNC, DSR and MFAA, and with the upcoming GeForce Experience Share beta including GameStream Co-op, you’ll be able to record and broadcast your games and even stream to friends online so that they can watch or join in the action.

Its 2GB video memory means that the GTX 950 can run the latest games at 1920×1080 with lots of texture detail and effects turned up, but for MOBAs this isn’t always wanted; instead of unnecessary graphical detail that can obscure the action and bring down your frame rate, you want a streamlined display that pumps out as many FPS as your monitor can handle without impacting responsiveness.

This is where GeForce Experience can help. Its Optimal Playable Settings feature is all about wringing the best performance out of your games, keeping the frame rates and responsiveness high. To give you an idea of the sort of improvements you can expect, in Dota 2 the average response time on a GTX 650 is 80ms, while on the GTX 950, thanks to faster rendering and latency optimizations, it’s down to just 45ms, and in a game where reaction time is everything this extra 35ms can make the difference between life and death.

You can learn more about how the GeForce GTX 950 can give MOBA players that extra competitive edge here; it’s available now worldwide with prices starting at $159.