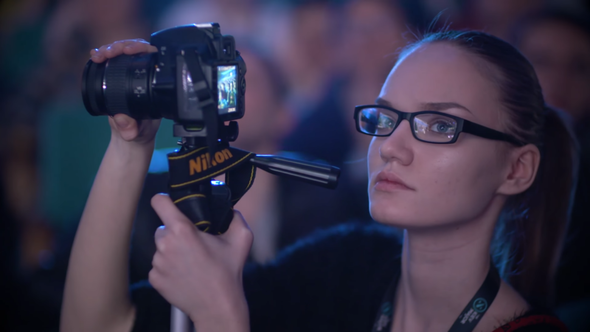 The Dota 2 Kiev Majors are now over, with Europe-based team OG taking home the winner’s trophy, as well as a hefty cheque for a million dollars. But despite all of the excitement and drama of the tournament, it seems to be a very short video clip which closed out the event that has dominated the post-contest discussion. In fact, it has caused so much controversy that an apology has now been issued on Reddit.

Looking to get into Dota 2? Brush up on the basics with our beginner’s guide.

Esports broadcasting company PGL, who have been hosting international gaming events since 2002, decided to finish up the Kiev Majors with a montage of young ladies. Some of them were cosplaying, some were simply watching the games, others were eating french fries in slow-motion. But regardless of what they were doing, the decision has caused quite a stir, with many commenters feeling that it was discriminatory, insulting or just plain creepy.

Peachy, a Dota 2 player and manager for Desoladies which is an organization built on creating a welcoming and uplifting environment for women in the Dota 2 community, responded to the montage on her blog. In it she points out that “literally every single woman I’ve talked to in the Dota community deals with some kind of discrimination and just wants to be treated like a normal fan. We don’t expect trolls or simple-minded Dota players to change, but at the very least we do expect and hope that major organizations (hello, PGL handles some of the biggest Valve events) to not encourage or condone this kind of treatment.”

Amidst all of the criticism and backlash, PGL saw fit to remove the video from their Youtube channel. But you can still see them in the Twitch clips below:

In the end PGL issued an apology, admitting that “a lot of people were disappointed and the high expectations set for us were not met. We let you down, and the clip does not reflect PGL’s values, team diversity or broadcast philosophy.” It goes on to add that they “have the utmost respect for the Dota 2 community and, going forward, the video production workflow will be improved with additional checks and quality filters to ensure that mistakes like this will not happen again.”

For a detailed breakdown of the Kiev Major 2017, head on over to its Dota 2 wiki page. If you’re feeling brave then you might want to give the game itself a try. Dota 2 is free to play on Steam.