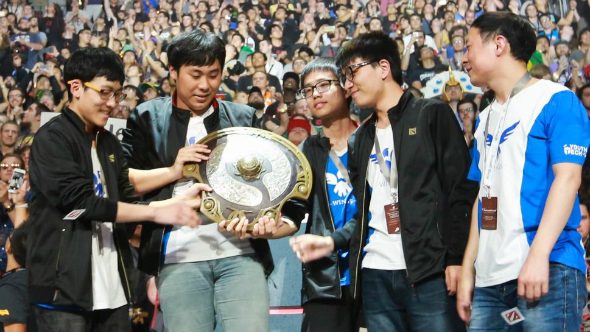 After more than two weeks of intense competition, the victors of the most prestigious eSports tournament ever held, The International 2016, have been crowned.

If you want a crack at next year’s prize, time to start learning with the best Dota 2 heroes for beginners.

A surprise upset, yet again, on the final day saw Digital Chaos triumph over their fellow Americans and defending champions of TI5 Evil Geniuses to go on to face Wings in the grand final.

Despite a strong start, with a bizarre but effective draft pitting Aliwi “w33haa” Omar as a Skywrath Mage on mid lane, Digital Chaos eventually succumbed to the Chinese team 3-1.

As a result, Wings become the winners of the largest prize pool payout in eSports history, with 44% of the more than $20m crowdfunded total coming to $9.1m.

Wings made their way to Seattle via the Chinese qualifiers, having put in a few good performances late in this year after forming shortly after TI5 ended last year.

The Chinese win means the tournament continues to have an alternating split of Eastern and Western teams winning the aegis every year, with the Americans Evil Genius besting Chinese CDEC last year. Digital Chaos take $3.4m for second place and Evil Geniuses earn $2.2m for third.