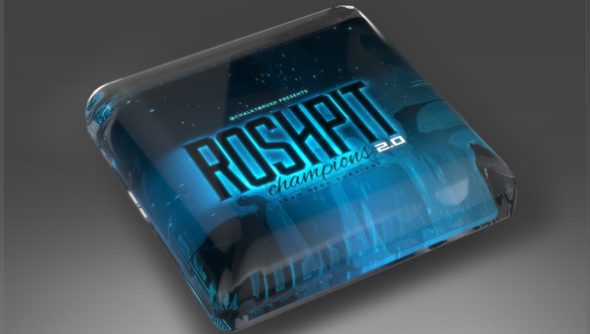 Within 48 hours of the system being announced and going live Roshpit Champions, one of the most popular modes added to the Custom Game Pass system, was found to be using assets without permission from other users and—in one case—from Blizzard Entertainment.

Item models and icons are direct matches to potential in-game cosmetics submitted by members of the community for approval in Valve’s workshop. One of the item icons however, crusader_boots, has been taken from a screenshot ofDarion and Alexandros Morgaine’s boots, characters in World of Warcraft.

In the Reddit thread pointing out this indiscretion,Ryan ‘ChalkyBrush’ Racioppo, creator of the mod, attempted to defend his use of other Workshopusers’ content and even the crusader boots. Of the Workshop items he had taken from the yet-to-be-approved voting queue, such as the Frozen Yoroi Warrior set by EasRay below, he said: “Anything submitted to the workshop is Valve’s property and can therefore be used in Valve’s game. Roshpit Champions is subject to the same rules, making the game also a property of Valve’s.”

His defense of the crusader_boot icon use was even more brazen, saying: “I didn’t think a low-res screencap of a screencap would be an issue. The picture is awful anyway and probably needs a replacement. Does blizzard [sic] care though? In the end, Blizzard is the only one with the right to complain about this low quality image existing in this little sub-realm of Dota 2. If Blizzard or Valve informs me that this is an issue, I will replace this image.” 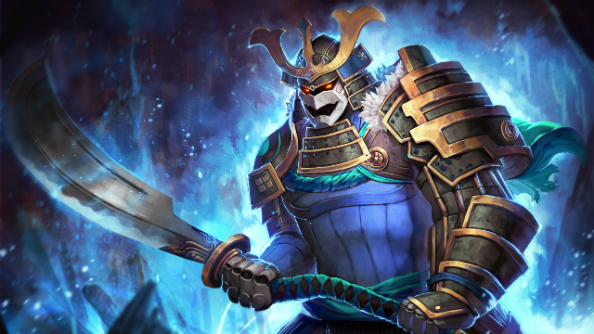 The case is a sore thumb for Valve, who are only recently beginning to flirt again with attempts to monetise user creations after the Skyrim paid mods fiasco of last year. Throwing in a potential legal brawl with Blizzard after the shaky agreement the two came to over Dota’s very existence in the first place is an even hotter fire to jump into than the frying pan they are currently sizzling in.

Luckily,Racioppohas backed down on his original stance, removing all contentious assets in an update pushed to usersyesterday. He has also acknowledged the moral wrong in his actions with a public apology. “I want to apologize to all the artists who I did not consult in using their amazing works,” he wrote in a follow-up post on Reddit. “They spend hours pouring their hearts into this creative content and it is unfair to showcase them within Roshpit Champions with no credit to them.”

As one of the highest profile Custom Game Pass mods available, Valve may have intervened here (in record time) to keep things under control. The system itself seems like a good first step for mod developers to be rewarded for their work more than just community popularity. It would be a shame for a few fuzzy screencaps were to bring the whole thing crashing down.