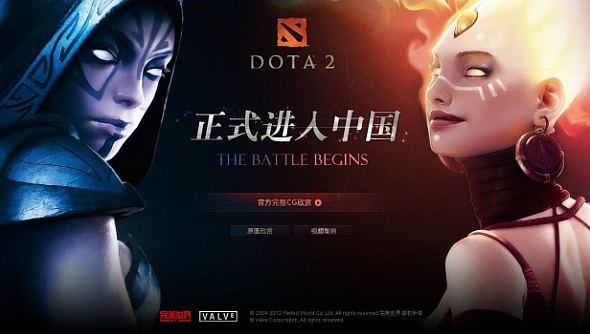 Dota 2 is opening it’s Chinese servers on April 28th to anyone who can grab a beta key from Perfect World, the Chinese based developer and operator that acquired the licensing rights to Dota 2 back in October last year. The servers will not being using Steam, sparking worries about whether the Chinese version will be closed off from international involvement.

The news comes from an on-going Perfect World event, where CEO Robert Hong Xiao confirmed that the first round of beta invites will be going out at the end of the month, on April 28th.

This will see the Chinese servers running independently from Steam for the first time, which won’t be used. It remains unclear on how the Chinese version of Dota 2 will interact with the rest of the international community, but many hope that it remains open and untouched.

Cyborgmatt also uncovered some ability icon changes for the Chinese version of Dota 2, where government regulations which require all blood and skeletal aesthetics removed.

It will be interesting to see how the two versions of Dota 2 interact at international tournaments.