It has begun. The sixteen best Dota 2 teams in the world have commenced their battle for the Aegis of Champions and a (currently) $1.4 million first-prize. Yesterday had two of the closest games in the tournament so far, with Alliance and Na’Vi leading their respective groups.

All day today we’ll be updating this story with notes and highlights from the “eSports Super Bowl”, with contributions from our resident Dota 2 expert Nick Wilson, along with eSports writer Rob Zacny. Then after a short day off, we’ll do it all over again for another five glorious days.

So kick back, open up a stream, and keep refreshing this page to watch along with us. 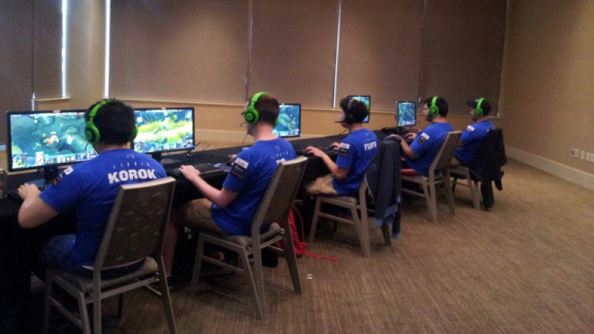 Well that was probably the shortest series of games in the entire tournament.

It’s official: Alliance are undefeated after beating Orange in two quick games. We were treated to a sneak preview of some of the strategies they are notorious for too. In game two a Roshan bait at the start gave Alliance a huge lead over Orange. We will certainly see more of this in the coming days as we move into the main event.

TongFu won both their games over wild card winners Rattlesnake. Along with Orange and IG they are all tied at 8-6. However due to the rules, TongFu should take second due to their past results, with IG taking third and Orange fourth.

It’s a sad day for Liquid, who had a shot at netting themselves a place in the winners bracket. They were simply outdrafted in their games against IG. Any US fans now look towards Dignitas as they play their tie breaker game with LGD.cn.

Also in the losers bracket are LGD.int, VP and Rattlesnake. They’ll certainly go into the main event feeling cautious, but they aren’t counted out just yet. -Nick 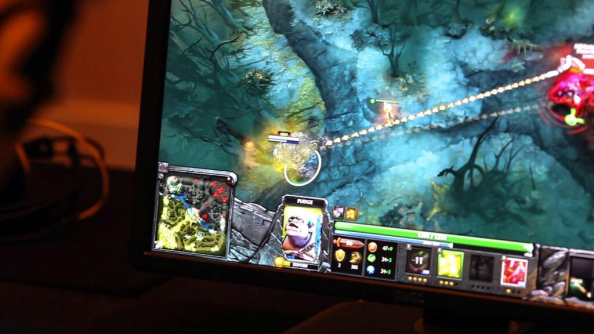 It’s a wrap up for one of the two groups, or so it seems.

Na’Vi take first place thanks to an awesome game where LGD.cn gave Dendi his beloved Pudge. Props to Puppey on the Chen causing some crazy body blocks with his creeps, and Funn1k on Mirana with some beautiful arrows.

DK take second after winning both their games over Mouz, who have really performed subpar this tournament so far. From what I’ve seen in the games that Mouz have lost, they have just made too many mistakes that caused needless deaths.

Third place is reserved for Fnatic, who managed to get one game over Dignitas to secure their winner bracket position. They didn’t even need their Viper and Weaver picks, as Nature’s Prophet had so much gold he carried his team to victory.

Here’s where it gets interesting. LGD.cn and Dignitas are now tied for fourth place, which is the final position for the winners bracket. If I understand the rules correctly, they will now play a best of one match to decide who gets the spot. Dignitas did 2-0 LGD.cn before in the prelims, so they should be able to beat them one last time. However knowing this, if Dignitas lost due to a bad game, it’s going to be hard not letting it get to them.

Relegated to the losers bracket are Zenith, Mouz and MUFC. The last spot will be deicded at the conclusion of the LGD.cn and Dignitas tiebreaker. Poor MUFC went to indeed lose every single one of their games, going 0-14. They’re certainly in trouble, but not out just yet.-Nick

Dendi just picked Pudge, paired with Puppey on Chen. If it’s one game you watch tonight, this is the one. Dendi’s Pudge is legendary: 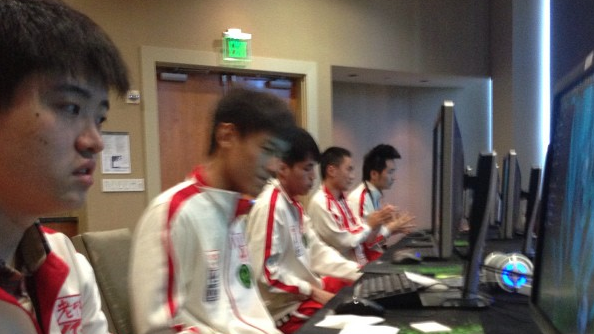 (7pm BST/2pm EST) – Splitting it down the middle

The first four games have just been played, and the results have led to an interesting situation. Na’Vi lost agaisnt LGD.cn and DK beat Mouz in their first games. If DK wins their second against Mouz, and Na’Vi loose again, there will be a tie breaker between Na’Vi and DK for first place. Meanwhile Fnatic, Dignitas and LGD.cn all sit at 8-5 each, so the pressure is on to see who places in the top four and ultimatly in the winners bracket.

What does this mean: The pressure is on for five teams. Na’Vi need a win to secure first, or just hope DK don’t win their second game. The result between Fnatic and Dignitas will likely determine who gets the winner bracket seed, as long as LGD.cn loose their game agaisnt Na’Vi. Either way, we’re going to have some tie breaker games, and our short day of Dota suddenly seems not so short anymore. -Nick

It’s a short day today, with each team facing their last opponent to decide their bracket placements. Don’t be fooled however, as to many teams these last two games will decide their ultimate seed. Teams such as LGD, Dignitas, IG and TongFu could end up in a tie break, which will result in more games to decide their fate.

Games of notable interest are plenty. Alliance will defend their undefeated streak against Orange, who are currently second in the group. Although Alliance have first place in their grasp regardless, I’m sure they will want to try to remain seemingly invincible going into the main event. Meanwhile in the other group, Na’Vi will face LGD.cn in a battle of the titans. Out of all the games today, I think this one will most likely be the nail biter as both teams are pretty evenly matched.

Don’t forget that even though today is a relatively short day in comparison to the weekend, we will have the continuation of the Solo Championships tonight. I’ll be covering the epic conclusion right after today’s prelims, so stick around for an extra dose of Dota 2. -Nick