Eight players from all over the professional Dota 2 scene have been chosen to duke it out in The International 2013 Solo Championship. Over the past few months, the public have voted on who they want to see using the Interactive Compendiums. This isn’t like your average game of Dota 2: it’s a one versus one in mid lane, first to two kills or two towers wins. Don’t let that fool you however, it will still be an action packed event.

Here’s how the championship works:

In every match both players pick two of their favourite heroes, a first and a second choice. Shadow Fiend is always used as a third if needed, a notoriously good mid hero. As long as there are four different picks, the first choice is used for games one and two. If there are duplicate picks, the ones that aren’t the same are used instead. Every game is a mirror match, meaning that each player plays the exact same hero.

Now that you’ve hopefully got that wrapped around your head, lets get onto the good stuff. We’ll be covering a match from each round. Kicking off with round one is none other than Na’Vi’s Dendi and Mouz’s FATA on the next page.

Round One:Dendi (Na’Vi) vs FATA (Mouz) 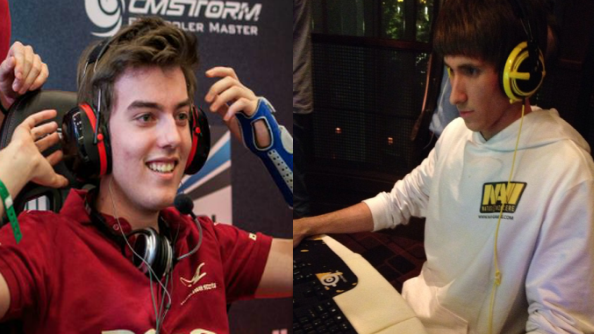 Dendi is without a doubt one of the most respected players when it comes to the mid lane. Enemy teams often ban his favourite heroes just down to outright fear of giving him exactly what he wants. Unfortunately there are no bans in this format, so FATA has to be wary. Heroes like Pudge, Templar Assassin and Skywrath Mage are just a few of Dendi’s favourite toys.

That’s not to say FATA isn’t a capable opponent, quite the opposite. Lately he has demonstrated his worth with heroes such as Puck, Beastmaster and Outworld Devourer. He will give Dendi a good run for his money, but I don’t blame him if he’s a little nervous right now. 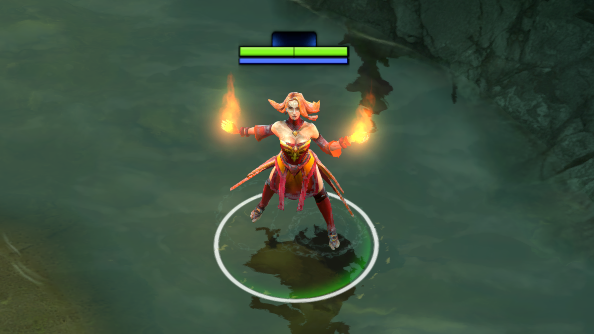 Both starting items are very similar, early regen, a Magic Stick and a couple of Ironwood Branches. But the similarities end swiftly as FATA demolishes Dendi mid with a well timed Light Strike Array, right clicks and a Dragon Slave to finish him off. A fiery start for sure.

Dendi recovers and heads back to lane, managing to snag a Double Damage rune. It looks like Dendi could even up the game thanks to the extra damage.

FATA has other plans. The engagement happens and both players are on low health. FATA manages to pull through however with a well timed Magic Stick activation, trumping Dendi and his double damage. A quick gg from Dendi, pushes it to game two.. 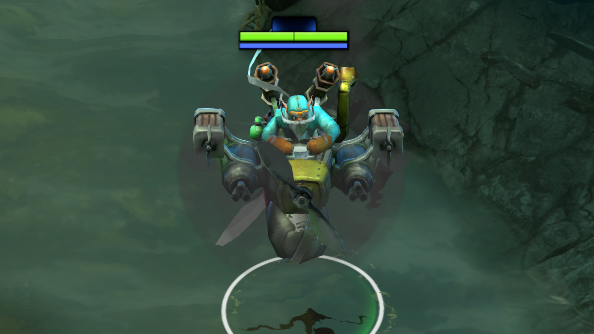 Again FATA starts off with a Magic Stick while Dendi goes with extra armour with a circlet. As we saw in the last game, the Magic Stick can make or break an even fight. Dendi loses to the creep block, FATA being superior. This means that FATA will have an easier farming compared to Dendi, who has to hit up hill.

Dendi levels up Homing Missile to level two, which increases the damage and stun duration. FATA ops to level up Rocket Barrage, which is lethal in a one on one situation without creeps to filter the damage. Dendi snags a early Haste rune but doesn’t manage to capitalize with it. Bottles on both heroes now means rockets are flying everywhere.

Dendi is the first to reach level six, meaning he has access to his ultimate: Call Down. It’s a huge area of effect that slams two rockets into the ground, one that applies a slow and another that deals massive damage. FATA is slightly behind, but manages to attain his too. Items haven’t progressed at all, both players relying off their Bottles and starting items.

FATA throws out a Call Down which brings Dendi down to 10% life, but it’s not enough as his bottle arrives to put him back in the action. Both players now are using their courier to scout out runes.

It was quiet for a couple of minutes, as each player prods and pokes the other with Homing Missile looking for chinks in the armour. Dendi snags another Haste rune, which gives him maximum movement speed for a short duration. FATA throws his Call Down which Dendi dodges most of the damage. The return was devastating: Homing Missile into Call Down with a Rocket Barrage to finish FATA off. It’s so much that FATA actually decides to forfeit, giving Dendi game two.

Result: Dendi wins due to forfeit. 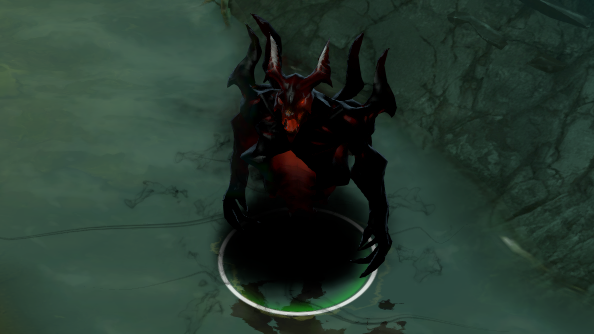 Wow what a difference. FATA starts with a full on damage build, nabbing himself a Wraith Band and two Ironwood Branches. Dendi defers to the conservative build, with regen, Ironwood Branches and a Circlet. It’s a ballsy move by FATA which will only pay off if he wins the first engagement. Shadow Fiend is unique: every last hit boosts his damage by two because of his Necromastery. This means last hitting creeps is vital to being superior over your opponent.

Shadowrazes are going off everywhere, taking chunks of health from each player. Players have to be disciplined on how they use them due to needlessly pushing their creep wave, loosing last hit capabilities.

Dendi hits the jackpot. After getting his bottle he gets the double damage rune up top. With such a boost to his damage, he can control the entire battlefield. Denying all his creeps, last hitting FATA’s and zoning him out with the threat of huge punishment. Dendi is clearly ahead, FATA will need nothing short of a miracle to come back from this.

The miracle doesn’t arrive. Dendi was so far ahead and dealing so much more damage that FATA couldn’t stay in lane. FATA goes to the bottom rune to try and find some sort of salvation, but is bluntly denied. Dendi meanwhile top snags yet another Double Damage rune. FATA stands there motionless, typing out the gg to seal his fate.

Result: Dendi wins due to forfeit and takes the match.

UPDATE:There was an issue with Ferrari’s computer and Valve have decided to postpone the championship until after the prelims on Monday. We’ll continue our coverage and update this article once it resumes. Stick around for further coverage of The International 2013 over this weekend and throughout next week.