Going into the Wild Card match, there was the anticipation of creativity; both Quantic and Rattlesnake have a reputation for drafting in atypical ways, bringing in heroes that have either fallen out of popularity or have never quite made it to the big leagues. There was the assumption that, no matter what happened, it’d be interesting.

The truth is, instead of an elaborate mind game with two creative teams trying to out-think one another in ever widening circles, it was more of a floundering, one team keeping their head while the other stumbled. Without assuming too much, I think it’s fair to say that Quantic were trying to be a little too clever. At the very least, they were betting big when a little conservatism would have gone a long way.

The first game was perhaps the most balanced of the best of five, with Rattlesnake going for a greedy lineup of Shadowfiend, Dragon Knight and Weaver, while Quantic aimed for victory through preemptive strike, eyes firmly set on winning the early game with heroes like Batrider, Visage and Enchantress. It didn’t go that way, instead blowing up in their face when their attempt to clash three of their heroes against Rattlesnake’s top lane failed. With only Clinkz to carry them, they buckled under the combined might of Rattlesnake’s damage dealers.

The second game defined the entire series, which is odd as it’s the only one which Quantic won. Rattlesnake quickly gave away Chaos Knight and Wisp, one of the strongest two-hero combos in the game, and even still Quantic were forced to properly claw their way to victory. With Rattlesnake opting for a four-protect-one defensive net around their Gyrocopter, it felt considerably like Rattlesnake lost because they didn’t quite execute their strategy properly in the face of one of the strongest team compositions on the Western hemisphere. That’s not to say Quantic played badly, just that they had the deck stacked in their favour.

The significance of this match is something that needs attention: for the past six months, the entirety of the Eastern Dota 2 scene has been terrified of Wisp, forced to throw away their first ban in the drafting stage purely because of how well Western teams perform when Wisp is on their side. With an incredibly powerful global presence, as well as a fair amount of disruption in teamfights, it’s very difficult to operate against him. With a game under their belt, Rattlesnake were looking to make a statement of intent; they weren’t afraid of the Wisp, and they wanted everyone to know it. 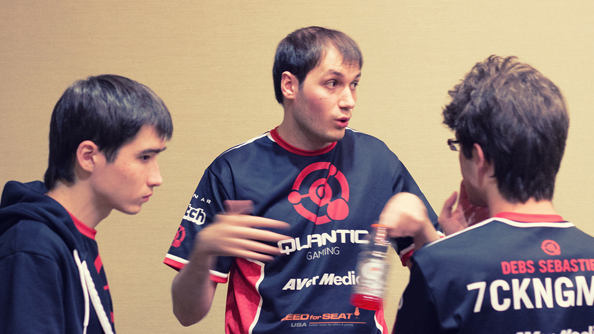 That defined the rest of the series. In both game three and four, they aggressively compromised the effectiveness of the Wisp by first picking Chaos Knight, all but challenging Quantic to pick him up if only to deny the Chinese team the strength of that combo. Goblak, Quantic’s captain, took the bait in game three, pairing the hero up with a Sven, but by the time the fourth game rolled around, it was the French who were banning out Wisp. The Chinese. Rattlesnake broke Quantic’s confidence in the hero, and that’s a mighty feat.

One of the challenges in writing about professional Dota is that so much of what happens in any particular match occurs in the heads of the teams as they draft, and it’s rare that you see as many mind games as took place in the fourth game of the series. On the heels of their Game Three victory, Rattlesnake picked another greedy lineup, with Chaos Knight, Weaver, and a Storm Spirit. Quantic opted to directly counter each of those heroes in the early game, thinking that if they could shut them down before they came into their own, they would have enough of an advantage to take them to victory.

So they grabbed Queen of Pain to go up against the Storm Spirit in the mid lane. Tinker was selected for his strong laning versus Weaver. Dark Seer to harass Chaos Knight enough to deny him the gold he would need to get big and strong. Rattlesnake saw this, and shrugged. Who says they have to lane the way Quantic expected them to? Chaos Knight and Ancient Apparition suddenly appeared up against Queen of Pain mid, Storm Spirit and Keeper of the Light went up against an offlane Nature’s Prophet, and Weaver was the only correct prediction, facing Tinker on the top lane.

When you predicate your entire game plan on assumed knowledge, if that knowledge turns out to be false, that has to hurt your morale. Rattlesnake read the situation with confidence and poise, and they systematically destroyed Quantic’s position by subverting those expectations. It’s this final game that is the most interesting, because it demonstrates an ability to think outside of the norm in such a way that you’re playing the game that’s right in front of you, rather than trying to slot into a metagame. 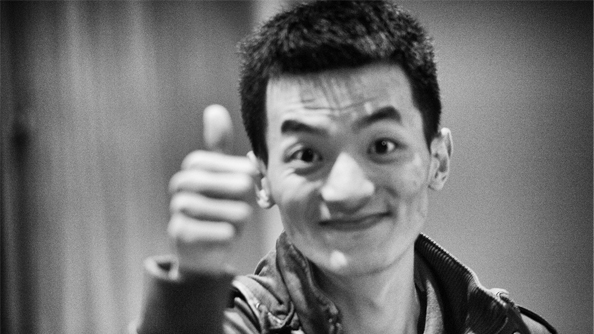 It’s possible, and likely, that Rattlesnake spent a lot of time learning Quantic’s style of playing (almost every game Treant Protector and Outworld Destroyer, two of Quantic’s most common heroes, were banned first), and that’s why they had the strategies to beat the French team so confidently. But even still, there is a lot to say here about how Rattlesnake are looking headed into the group stages.

This was a performance that almost every other team would have watched with keen interest. What they saw was the failure of Wisp, a hero that so many consider to be fatal in the right hands, and an inventive utilisation of both the drafting and laning stage to put the opposing team on the backfoot before the first blow had even been dealt.

If I were on any of the other fifteen teams in the International, I’d be more than a little concerned, because Rattlesnake were definitely not looking like they’re going to be in sixteenth place at the end of this tournament, even if they were the last to join it.