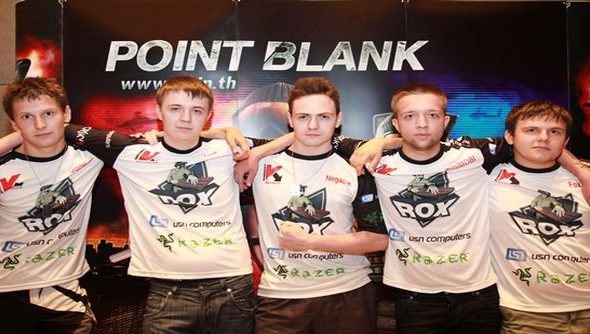 StarLadder TV have announced the immediate ban of the roX.KIS team from their Dota 2 tournament, including a lifetime ban for roX.KIS member Solo. The bans come after “Solo” was caught betting against his own team, and reportedly throwing the matches in order to score quick cash. roX.KIS have denied all allegations, stating that they are completely innocent.

The match in question was against zRage. roX.KIS were defeated after a suspiciously dreadful performance. Findings from SLTV show that Solo placed a $100 bet against his own team on betting site egamingbets. This resulted in him netting $322 after they lost the match. Proof of the payout was posted on SLTV’s news.

SLTV have announced that Solo has been banned from all StarLadder competition for life. The rest of his teammates BzzIsPerfect, Yol, Dread and dnq received three year bans for cooperating. The organization itself has received a one year ban.

A statement from roX.KIS denies the claims, saying that the decision from SLTV was hasty and without evidence. They also state that the IP Address from the screenshot was not Solo’s own personal IP, but did belong to his ISP. The bet itself was also not made from Solo’s account, and even though the winnings did indeed enter his webmoney wallet, anyone can add cash to his eWallet.

Discussions between SLTV and roX.KIS are ongoing.