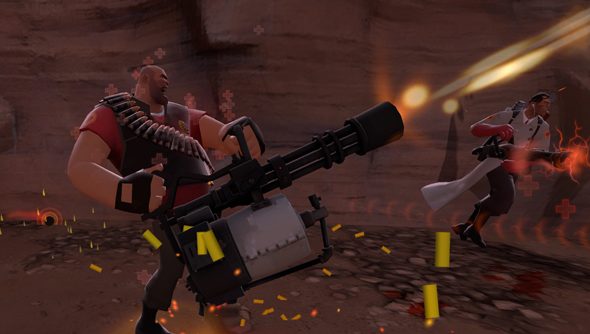 Microtransactions, like wrist-based web-sacs, are tools to be used responsibly. It’s no news that when they’re not, players can be left feeling cheated and unhappy, with an undesirable leather-to-coin wallet contents ratio. But on top of that, professional Half-Life-skirkers Valve reckon that a morally unsound approach to in-game economies isn’t financially sound either.

“All of these things lead to regret,” said Valve’s Kyle Davis. “And regret leads to effectively training your customers to stop buying things from you.”

“It’s our belief – and we have a lot of data to back up this belief – that products that use microtransactions or economic systems as tools for maximising revenue from unhappy users will lose in the marketplace,” said Davis in a Steam Dev Days talk about the in-game economies of TF2 and Dota.

Attracting long-term, happy customers is one of Valve’s core philosophies, said Davis, and any cash that comes at a cost of consumer happiness is something they want to avoid “at all costs”.

As a result, Valve don’t hurry to find the maximum value in their games at launch. They’d rather wait a while to find a way to get rich that will also turn players into happy customers.

Internally, Valve have a ‘regret test’. Testers play with a new system, and developers find out, a day or a week later, whether they’re “still happy with their interactions”. The process then continues once a feature is shipped. Valve collect data from the public to find out whether they’re regretting their purchases later – and if so, they do something about it.

“We view any system that generates value at a cost to customer happiness as a broken system that we need to fix,” said Davis.

Davis pointed out, perhaps unnecessarily, that a lot of “really pervasive” microtransaction systems in the games industry currently “violate” the principles Valve have set out for themselves. They create artificial barriers and charge to remove them, earning money without providing a service to the player. They rely on virtual currencies which “obfuscate” pricing, or trap user money inside the game’s system.

It’s an approach that inevitably leads to regret, said Davis, which is “incredibly damaging long-term”.

Let’s talk about this, then: what in-game purchases do you regret making? And which are you still happy to remember?