It’s been six weeks since Valve released a new hero for Dota 2 and the community is getting restless. While there’s still no new hero to speak of, this latest update shows that the unreleased heroes are ticking along.

To placate us, there’s a raft of quality of life improvements to the game, and the first hints that we may be getting a triple hero deployment shortly.

There are plenty of cosmetic changes. More items now have their own miniature version for when they are dropped on the ground and there are some new ability/item visuals. There’s another batch of chests: one featuring the norm community cosmetics, the other offering strange items or rare HUD skins. Valve have also added a mysterious “Bonus Gift” which rewards you for “being awesome”. 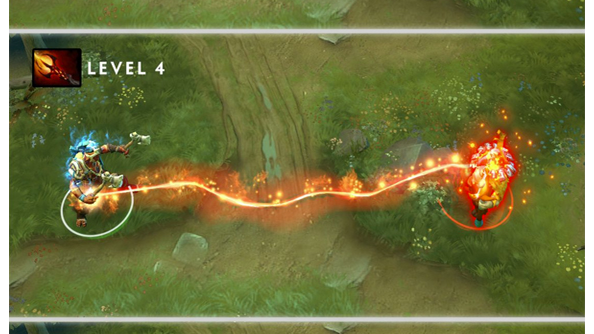 Some new visuals have been implemented for Drow’s “Marksmanship” ability and the multi level item Dagon (pictured above). Dagon, an item capable of dealing immense magical damage, now has a distinct visual depending on it’s level. The higher its level, the more it glows.

Drow will now exhibit a glowing visual when “Marksmanship” is active, and a different visual when an enemy is nearby which disables the passive effects. This could provide an easy tell when any pesky invisible heroes are nearby, a significant buff. 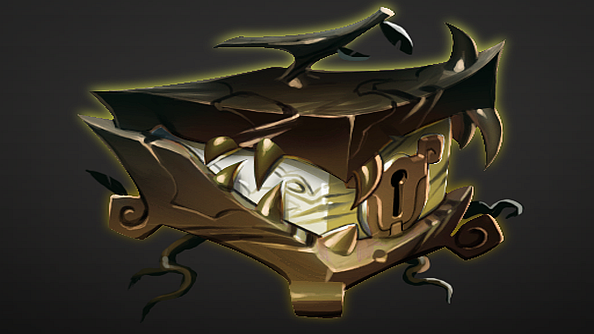 I think Princess Penelope should quell the communities hunger for new heroes, but it’s pretty clear Valve are still working away at them. Looking at the assets included in this week’s patch, I wouldn’t be surprised if we see a triple hero patch next week.

– Clockwerk: Fixed being able to break Hookshot movement with purge/stonegaze/etc.

– Drow Ranger: Marksmanship bonus is removed when there are nearby enemy heroes (instead of just being halved).

– Keeper of the Light: Fixed Mana Leak not getting removed by Dark Pact or Kraken Shell.

– Timbersaw: Fixed attack capability getting reset while Magic Immune when Chakram is used.

– Treant Protector: Living Armor damage reduction is now done for all instances of damage that reduce its charges.

– Tranquil Boots: Cooldown increased from 40 to 60.

– Tranquil Boots: Fixed being able to drop the item to reset its state.

– Heaven’s Halberd: Disarm is no longer dispelled by Manta.

– Fixed Towers sometimes attacking you too soon when moving out of range.

– Bots that have been hit by multiple stacks of Sticky Napalm will now contemplate their misfortune further back in the lane.

– Fixed a bug where bots would try to cast stuns when being wildly out of range.

– Fixed a bug that caused enemy-created Meepo illusions to get added to the original player’s multi-hero interface.

– Added in-game models for when the following items are dropped from inventory into the world: Tango and Dust of Appearance.

– Updated Dagon visual effects and scaled it with level.

– Added an effect when Marksmanship is active.

– Fixed AA’s ult cast sounds to only play for teammates or nearby enemies that have vision.

– Disabled browsing & submitting in the Test Client, but allowed imports for testing purposes.

– Submissions now have the option of including a PSD containing marketing materials for the submission.

– Attack animations now describe the animation timing required for the attack to match the character using them.