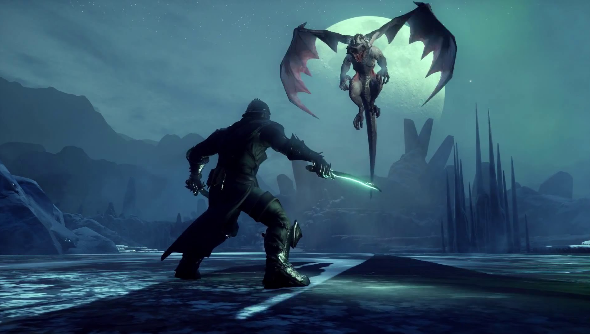 Dragon Age: Inquisition’s creative director Mike Laidlaw has confirmed on Twitter that BioWare haven’t finished with Inquisition quite yet. The studio has plans to release further story-based DLC packs for the game.

Talking on Twitter, Laidlaw said: “The past three days have been filled with that weird intensity that makes game dev kind of addictive. It’s a rush when things come together.” Elaborating later in an answer to a fan’s tweeted question, Laidlaw said: “We’re not quite done with story content for DAI just yet.”

That story DLC won’t address the original Dragon Age protagonist the Hero of Ferelden, though. “I do not feel the HOF would work well as an NPC,” said Laidlaw during an exchange with fans.

After the Jaws of Hakkon, the first piece of Inquisition DLC that opened up a new region, what kind of things would you be looking for in more Dragon Age story DLC?