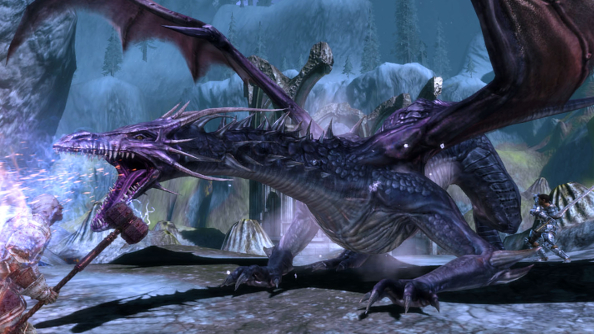 One of Dragon Age’s best features is its willingness to break its own canon.

“For the near future,” writes Laidlaw on Twitter, “I plan to spend my time reconnecting with all the amazing games and worlds that my peers have created, and I look forward to sharing those experiences with you all on Twitch and Twitter.”

We’ve got no further details on where Laidlaw is heading next, but at this point I’d suggest letting him enjoy the time off.

Laidlaw’s sudden announcement left many questioning what the future would hold for Dragon Age, but a tweet from the franchise’s executive producer Mark Darrah suggests that another game in the series is still on.

Mike…
Thank you for everything.
We will see each other again.

I am so excited for you to see what the next Dragon Age will be. https://t.co/HY80NWRS1d

It’s tough to imagine what shape Dragon Age will take without its creative director, especially considering that the series has never really had a cohesive throughline. Origins was a modernized throwback to classic CRPGs, DA2 was a more console-friendly take on the formula, and Inquisition was a massive MMO-style vision of single-player role-playing.

We’ve been hearing various rumors about Dragon Age 4 for some time, but the only concrete detail was that Sunless Sea writer Alexis Kennedy was working with BioWare for something in the franchise. And, as NeoGAF has noted, a series of Dragon Age-related job listings have disappeared from BioWare’s site. That was initially concerning, but given Darrah’s tweet the company might just have their final team ready to start work on the game.