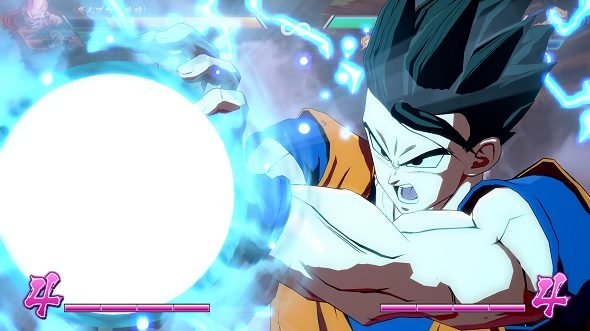 It is fair to say that Dragon Ball FighterZ is poised to take the fighting game community by storm when it launches next January. While this 3v3 fighter already has genre veterans excited, its real strength will likely be the game’s appeal to  fans of the anime who have never thrown one of Dragon Ball Z’s iconic fireballs before.

Know which characters will be in Dragon Ball FighterZ? Don’t worry, we have the full rundown here.

Compared to other fighting games from developers Arc System Works, Dragon Ball FighterZ looks to be their most accessible, thanks to how it gives new players simplified ways to approach and combo their opponent. Avoiding or otherwise working your way past projectiles can be one of the hardest things to get used to for fighting game newcomers. Luckily, Dragon Ball FighterZ’s Super Dash allows you to home straight in on your opponent, breezing through basic projectiles and getting in close to begin a combo. 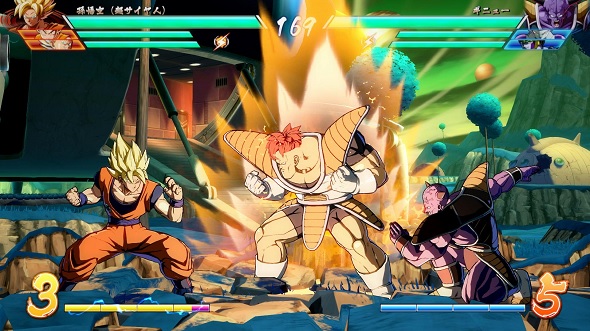 While this sounds overpowered at first, if a Super Dash is blocked then you must weather a long recovery period, allowing your opponent to start up their own combo in retaliation. The Super Dash is also vulnerable to a crouching heavy punch – Dragon Ball FighterZ’s universal launcher move – meaning more advanced players can easily exploit those who rely too heavily on this mechanic. With Super Dash, Arc System Works have been smart, providing a movement option that allows new players a way in, but without making it so powerful that it becomes frustrating to fight against.

Dragon Ball FighterZ’s auto-combos – which come in light and medium flavours – are equally shrewd, providing a way for new players to get easy damage, while still being useful for advanced players. 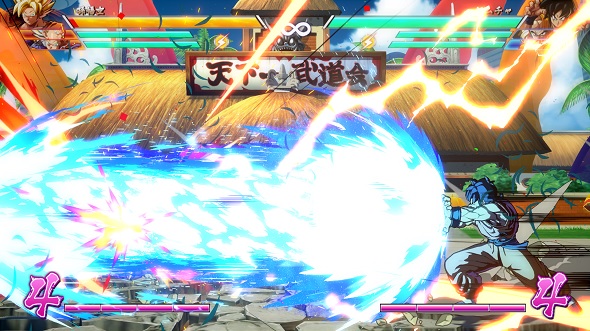 The medium auto-combo is similar to those seen in games like Marvel vs. Capcom: Infinite, where mashing the medium attack button will perform a somewhat advanced combo, complete with a super move finisher if you have the meter for it.

The light auto-combo ends with a launcher, giving you the opportunity to continue your attack with an air combo, should you know how. That means this auto-combo actually has strategic usage for more experienced players as it starts an air combo without using up the one heavy move allowed within a single attack sequence. As with the Super Dash, though, both auto-combos leave the attacker open to a counter, so players cannot just rely on mashing a single button over and over to win a game. 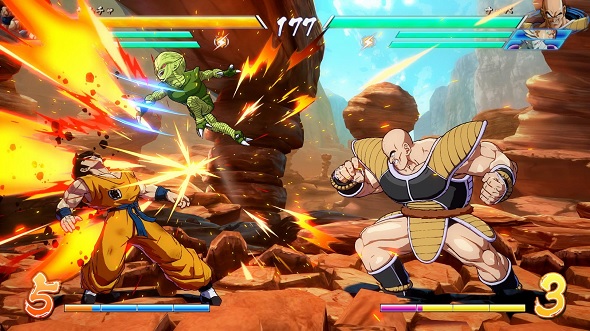 Through the Super Dash and light auto-combo, Dragon Ball FighterZ lets new players do cool-looking combos, while also teaching them the basics of movement and combo structure. Both moves have strategic uses at mid- to high-level play, too meaning that these beginner moves can be taken with you and built upon.

Once again we see Arc System Works’ penchant for great tutorials at work, and this time they have used it to prime a game that already has huge appeal among anime fans , which will hopefully bring a whole swathe of new players to the fighting game community. And not just that, Dragon Ball FighterZ is both friendly and complex enough to keep those players around for a long time.