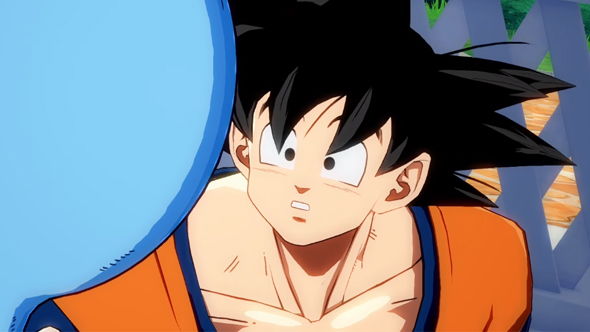 Though the trailers are very short, they give us our first look at Dragon Ball FighterZ’s first DLC characters.

Bandai Namco announced the two characters in Japan’s V-Jump magazine, which included a few details about the characters’ movesets. Broly gets Gigantic Meteor, which uses three Ki bars, while Bardock will have Revenger Assault, a Super Saiyan form rush down.

Bandai Namco didn’t provide details on when the characters would be available or how much the pack would cost. However, players who own Dragon Ball Xenoverse 2 will recieve Android 21 costumes for that game with the DLC, as well as a Supreme Kai of Time character for the FighterZ lobby.

Original story, January 29: Dragon Ball Fighter Z has reportedly been datamined. The information reveals six new characters and two new game modes, likely coming to the game as DLC in the near future.

According to the datamine shown in the video above (which you can see more of in this resetera thread), six characters not currently available in the game were discovered. They are Broly, Bardock, Zamasu, Vegito, and base avatars for Vegeta Goku. The mine also revealed the existence of avatars for Android 17 and Cooler, but unlike the other characters, these aren’t paired up, and it seems more likely that these are lobby-only avatars, and won’t be playable in-game.

If the datamine is to be believed, two new game modes will also be coming to the game in the future. As well as the new characters, there’s evidence of modes called Z Union and Z League.

Earlier this weekend, a different datamine was posted to Reddit, revealing a whole set of different characters. Broly and Bardock are present in both lists, but Janemba, Kefla, Toppo, Jiren, Kid Goku and Fuu are also mentioned in the second list, which is widely believed to be fake.