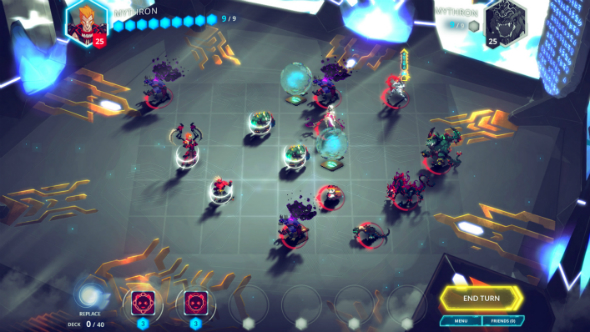 Some players of the popular CCG Duelyst have discovered that they no longer have access to the game because of where they live. The change comes after the recent partnering between the game’s developers, Counterplay Games, and Bandai Namco, and has left players in countries including Russia and Venezuela unable to log into their accounts.

The issue first came to prominence last week when Reddit user Alplod posted this thread, claiming they were no longer able to log into their account because Duelyst is no longer available in Russia, where they live. In their original post, Alplod links to a comment by a Duelyst community manager on a forum post, which confirms that “[Duelyst] is not currently available in the area/country you mentioned.”

A post by the developers on the Duelyst forums says that Geo-IP blocking is something “we are required to do for legal reasons.” Bandai Namco, in a statement delivered to RPS, said “Unfortunately, to ensure compliance with U.S. and international laws and regulations and to fulfill our obligations to various third party service providers, Duelyst will not be available to users in all countries or regions.” They also suggest that this is only the start of the Geo-blocking process, suggesting that they will be “sunsetting” (read: shutting down) Duelyst in several countries, and that the list of affected countries will be published shortly.

This is understandably causing some consternation among fans of the game, some of whom claim to have spent upwards of $1,000 USD supporting the game. Some blocked users have found that they are still able to play the game if they launch the game outside Steam, but due to the action that Bandai Namco will be taking going forward, there’s unlikely to be any official workaround.

We reached out to Bandai Namco PR for further clarification on this story but were unable to get a reply.