The simplistic architecture in games like Quake and Hexen played a big role in contributing to the weird sensation that came with playing them. They’re from the era of early 3D graphics and were defined by the hefty technical limitations of the time.

Environments tended to be blurry, details were drawn big, and buildings were composed of simple shapes, exposing their polygonal underpinnings. But these same limitations also allowed levels to exude a certain kind of atmosphere – reminiscent of our world, but strange and uncanny. That was gradually lost as graphics became sharper and busier over the following decades.

Now, with the clarity of years gone by, we’re beginning to see modern developers play around in this arena, utilising simplistic 3D engines to evoke a particular ambiance. Two such recent games, Paratopic and Dusk, leverage this phenomenon specifically to make you feel uneasy. Dusk in particular owes its existence to these early games, as well as precursors Doom and Wolfenstein 3D. It’s fast and intense, but also charges at you with a threatening aura thanks to the cult you’re fighting.

You begin in a backwoods setting, complete with little houses and churches. The structures themselves are simply constructed, with a cube-like base and triangular roof. The interiors are similarly geometrically simple, and purposefully confining – bringing the ceilings and walls close enough that you seem to barely fit in them. The effect is amplified by the very basic textures used to render surfaces, such as cobblestone floors. 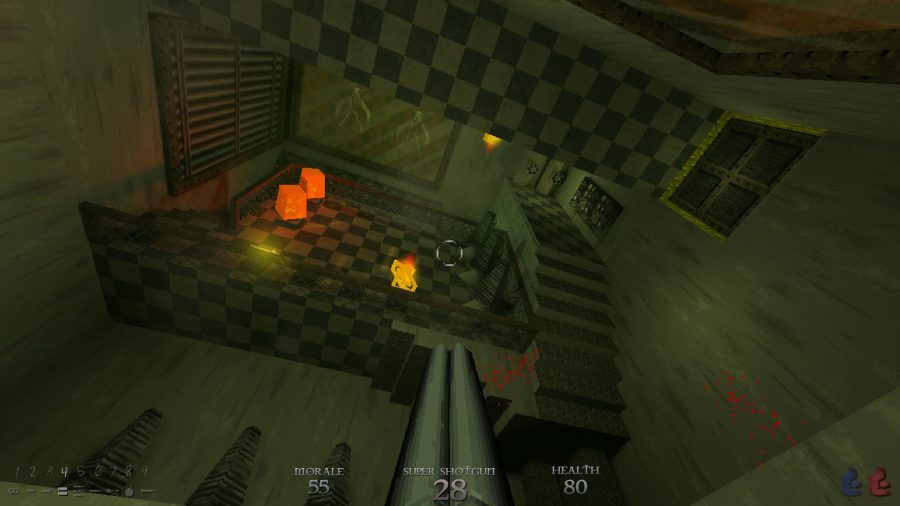 All the more detail-oriented aesthetic choices are relegated to the edges of the stages, like debris or paintings on the walls. And even then, they’re usually repeated several times throughout your journey. You’ll see the same painting of the cult leader over and over, for instance. Even that is in service to the atmosphere, making the game feel like a fever dream the further you go in.

Dusk beats you in the head with its totalitarian brutalism

That’s not even taking into account what happens when you start to set foot in supernatural settings, the first of which is Neobabel. A secret laboratory set high in the sky, Neobabel looms over you when you first snatch a glimpse of it, but when you get close enough to break down what you’re seeing, you’ll realise it’s actually composed of primary shapes. The building itself is a spherical dome, flanked on either side by spike-like triangles jutting out at acute angles.

The floor you’re standing on is just a thin slab that separates you and the endless sky below. There’s something otherworldly about Neobabel’s construction, and for good reason, given its Lovecraftian origins. The brutalist unease brought about by oddly-positioned, blocky geometry is entirely appropriate. 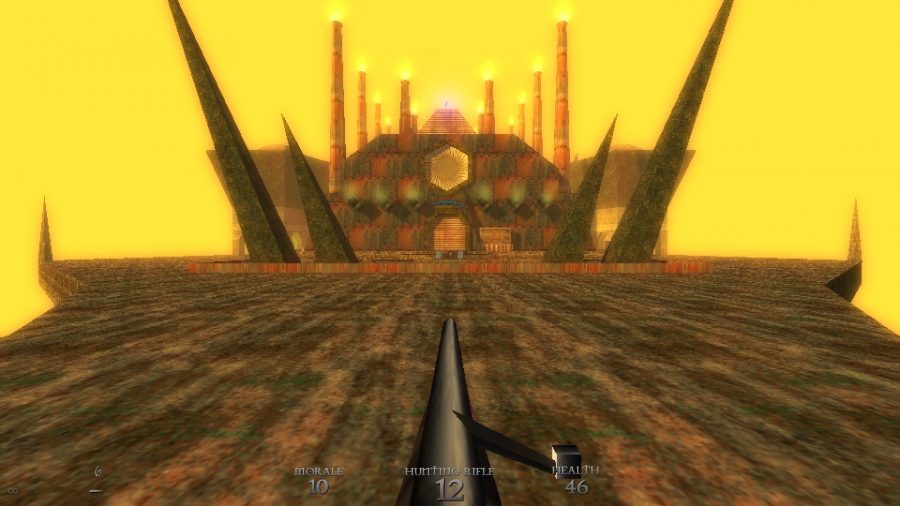 Leaning on brutalist architecture doesn’t just mean sticking to basic building layouts. It can be remixed to further disorient players, as in Dusk’s Escher Labs, which, as the name suggests, uses these simple designs in unexpected ways – stairs in the walls, ceilings as floors, and other topsy-turvy features that serve to discombobulate you.

Dusk doesn’t just look like games of yesteryear, it plays like them too. The movement in the game feels incredibly fast and tight, just like the original Quake and Doom, but without the old games’ flaws thanks to a keen sense of hindsight in design.

Architecture demands attention, too, in the trippy Paratopic. A game that is entirely about tone and atmosphere, Paratopic tells a story about contraband VHS tapes that make strange things happen if you watch them. The game mimics the blurry features of early 3D to create some truly unsettling moments. The brutalist structures here are designed to appear completely utilitarian, mirroring the tight control of a governmental power that tightly regulates tapes.

What makes Paratopic’s architecture work is how unremarkable it is, causing the few details to stand out even more. One vignette sees you talking to a neighbour in a hallway of an apartment building. The hallway itself is entirely ordinary, with no real frills to speak of, and once you enter your apartment it’s the same – save for a large pile of VHS tapes in the corner. 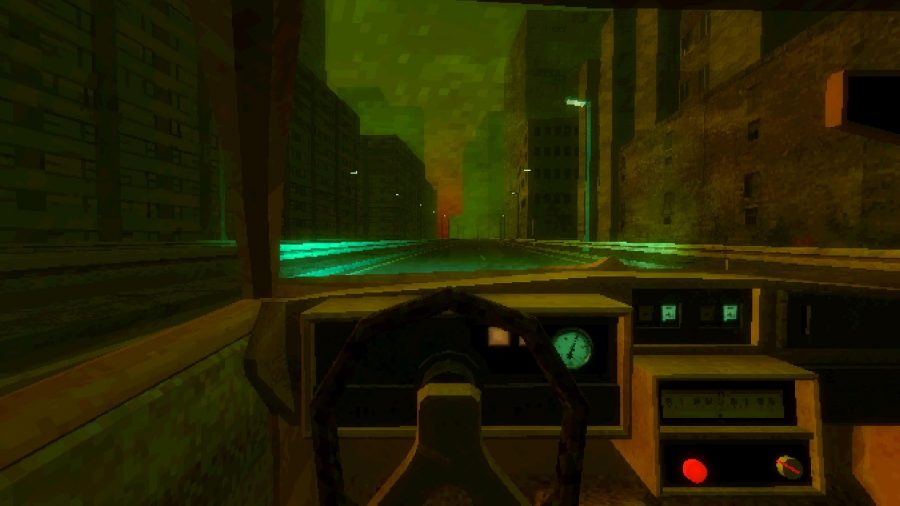 Against the plain backdrop, the cigarette your neighbour smokes brings out the small details of her character. Later, the unnatural dialogue in a scene with a gas station cashier pops out amid the very boxy convenience store. Where Dusk beats you in the head with its totalitarian brutalism, Paratopic uses it with subtlety in order to highlight the unusual and enhance the uncanny.

Simple structures in these games play an important role in striking a threatening, uneasy atmosphere that the rest of the game can play off. As we continue to progress in graphical power and keep pushing the photorealistic boundary, it’s encouraging to see developers of first-person experiences play around with old techniques and looks, and you can see this most in the architecture of their games.

Not spooky enough? Try out the best horror games on PC

Together, they’re bringing back the block-shaped nightmares of an era in videogame history thought long gone, now slowly returning and may yet prove to be timeless. Take a second look at the corners and corridors of those low-poly buildings and you may start to dream up the hidden textures.