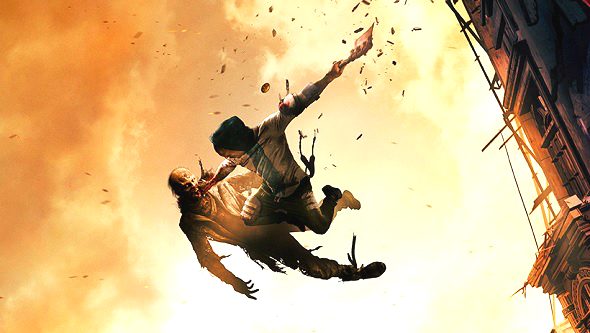 Dying Light’s nights were scary, but never this scary. The infected are all around us, standing erect in grim communal hibernation, shoulders and heads occasionally twitching as the torchlight picks out their gnarled, clammy forms in the darkness. It’s a scene torn straight from I Am Legend – an influence developer Techland is happy to confirm.

“It’s not a coincidence,” producer Gosia Mitrega tells us. “We wanted to show that there are places like this.”

There’s a window on the floor above that offers an escape from the nest we just clattered into, but reaching it will require some deft manoeuvring, soft footing, and nerves of steel. It all goes horribly wrong, of course, and an indelicate attempt to get through quietly results in a desperate scramble for clear space.

Will Dying Light 2 join the first game in being one of the best zombie games on PC?

Fortunately, a brief break in the chaos allows for a screeching dash to that aperture above, and the relative safety beyond. We clear the window just as the gap between us and our pursuers becomes uncomfortably slim, and then it hits us: daylight.

Despite all this terror, it’s the middle of the day. The two or three infected who tumble out of the window with us wither and die in the warming rays, and just like that the danger has passed, the chase is over.

“The day is for humans, and the night stays for the infected – you need to run from them, to fight with them, just as before,” Mitrega says. “But this will be a different experience than it was before because [players said] the night was too scary, so we want to answer our community doubts about this cycle.”

Indeed, outside there’s much less to worry about. The smattering of infected that have managed to survive the hot blast of vitamin D are shambling embarrassments – degenerate cannon fodder that only represent a modicum of threat in numbers, and to the careless. And that’s even without a Peacekeeper presence – had the blue-armour wearing, law-enforcing faction been in power in this district there would have been no infected on the sunlit streets at all.

And it’s that contrast, no matter its profundity in relation to your allegiance choices – zero infected under Peacekeeper rule, a spattering of weak undead if you don’t help bring them to power – which reinforces the terror of Dying Light 2’s fetid nests and Dark Areas. They feel like portals to the deepest circle of hell from a layer or two of torment above. 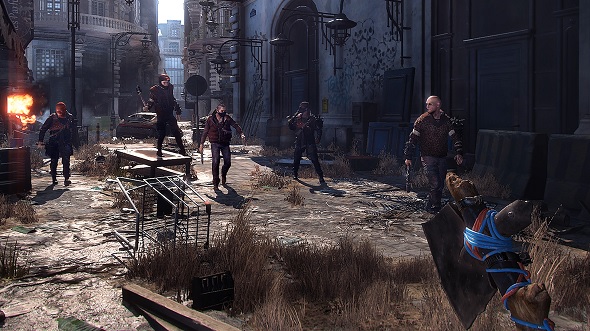 The imagined threat of their slumbering occupants is more insidious than the first game’s dungeon-crawling equivalents. And when that threat is realised, and the fragile silence is shattered by a rush of nails, teeth, and screaming (some of it them, some of it you) it instills a sense of panic that was simply absent from the first game, even at night.

There will be goodies buried in the depths of these terrible places, of course, and you’d do well to revisit them at night when their occupants are out hunting. But you’ll have to make your way back through sunless streets to get there. And we’re yet to see what the districts look like when swarming with the infected that were resting during the day. As we get closer to that Dying Light 2 release date those kinds of details should shamble into view.