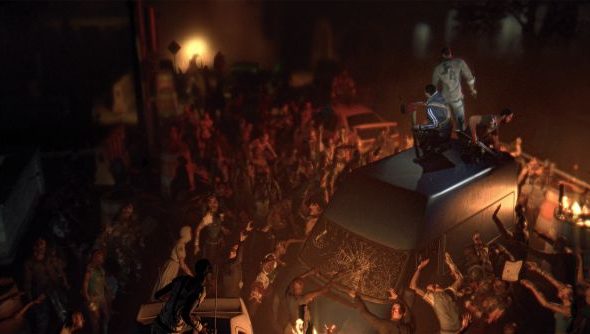 Techland’s Dead Island follow up Dying Light was something of a surprise hit when it launched last year. Fraser didn’t find it quite such a d-light (Fired. – Ed), but awarded it a sweet seven for its moments of excellence. If you’d never taken the full-price AAA plunge for those reasons, or mine of being terrified it wouldn’t run on your budget graphics weavers, you’ve now got the opportunity to try it for free in a demo released on Steam yesterday.

Here’s what Techland have to say about what’s available:

“The demo lets players explore most of the Slums area and offers 3 hours of unique content, including one story quest chain and a number of side quests, challenges, and random encounters. It also features all the core gameplay mechanics of Dying Light, such as the day and night cycle, parkour-based Natural Movement system, creative brutality and crafting. Additionally, the demo supports online co-op mode for up to 4 players.”

That seems fairly hefty as far as playable chunks go, especially these days. While I’d prefer a return to publically available, pre-release demos for most games, that’s a 90s dream that we won’t see the likes of again. Now they have an opportunity to play a role as a sales technique for a quick bump many months after release, more a reward for the patient than a teaser for the keen.

The timing, of course,isn’t coincidental. Dying Light’s upcoming expansion, The Following, has hit its media stride recently and the intention is to get a few more players invested just before that lands in the near future. There was a fifteen minute trailer for it this week and it’ll be available for free to season pass holders and those willing to drop $14.99 (around a tenner).