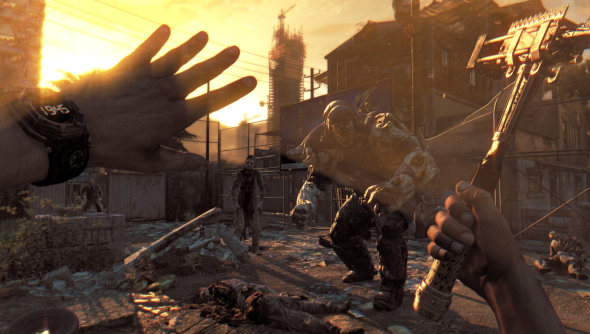 The key line in the patch notes is “blocked cheating by changing game’s data files.” “Cheating” applies to mods that remove the film grain filter that overlays every frame of the game.

The film grain mod’s been pulled from one site after it received a DMCA takedown notice from the ESA (Entertainment Software Association).

Update: Techland’s responded, saying “With the recent patch (1.2.1) on Steam we blocked cheating to make sure the game’s PvP system (Be The Zombie) would not be abused. This, however, had the side-effect of hindering mod-makers from making changes to the game.

“Creating obstacles for modders has never been our intention. We are now working on a quick patch that will re-enable common tweaks while stopping cheating in the game’s multiplayer mode.

“At Techland, we have always supported the mod community, and loved seeing how our own game can be changed by the players. A big part of the original Dead Island’s success was the passion and creativity of mod-makers from our community. We want the same for Dying Light.”

Original post:“We’ve seen some players could be missing out on the full experience by playing the unpatched version despite a patch being available on launch,” TechLand said on its Facebook Page.

“The patch introduces various enhancements, changes and updates of various influence, affecting the gameplay, performance, and many other aspects of our game. In essence, when you are playing an unpatched version of Dying Light, you are playing a different game.”

Modders found they could remove Dying Light’s film grain filter by altering a data file. The updated data file was uploaded to Media Fire. Two days later the mod was pulled because Media Fire’s operators received a takedown notice from the ESA.

We’ve contacted Techland to see if they can say more.

On the next page I’ve copied in the full patch notes.

KNOWN ISSUES WE ARE WORKING ON:

KNOWN LINUX ISSUES WE ARE WORKING ON: