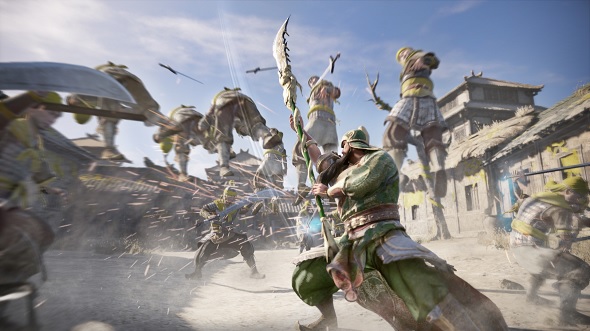 In case you’re a fan of Dynasty Warriors but aren’t sure what on earth is going on with Dynasty Warriors 9, a new trailer should catch you up. It’s probably a necessity, too, as quite a lot is changing this time around with the series becoming open world.

For those of you who have no idea what Dynasty Warriors is altogether nor why it being open world is big news, here’s a brief explanation: Dynasty Warriors is a hack-and-slash series set during China’s Three Kingdoms period that is all about destroying entire armies as one person. You use huge sweeping attacks to cut down hordes of soldiers that stand in your way, crushing entire armies. Previously, it was a PlayStation-exclusive series but it has since made its way to PC.

Previously, the series gave you a battle to tackle at a time, selecting them from a menu. But Dynasty Warriors 9 is somewhat of a reboot, with the open world allowing developers Omega Force to do connect the locations of major battles in a single world.

Pretty much everything you could want to know about the game prior to release is in the trailer above. Expect details on how the open world works, where you can roam to undermine opponents and do separate quests, information on combos, and even a section on material collection with a sick guitar riff in the background.

Dynasty Warriors 9 comes out on February 13, although the Steam page for the game isn’t up yet.