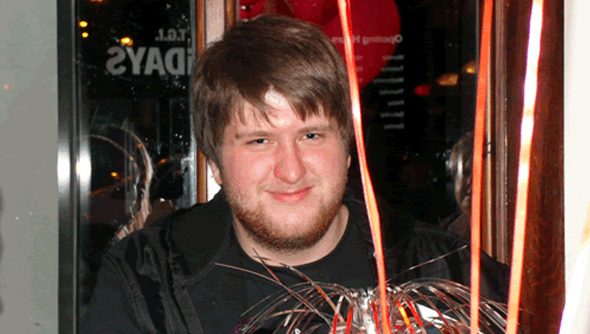 “I couldn’t believe what had happened to my son,” says David Staniforth. David’s talking about his son Chris. He was 20 when he died last year, in the UK.

It’s the kind of quote we might skim over. Another freak death/urban legend about a gamer who spent too long in front of a screen. It’s really not.

Research is starting to show that as gamers we are all increasingly at risk from a very real, deadly and yet easily-preventable medical condition, one that is likely to seriously impact our generation.

Our goal in writing about this isn’t to sensationalise. We just want to talk about it, raise awareness, and hopefully, help you to stay healthy.

Although reports of sudden death of gamers stretch back almost a decade, most originate inAsia and have been given little in the way of analysis or even visibility in the English-speaking media. That’s allowed gamers to ignore stories that aren’t much more than footnotes. A rare exception occurred in February of this year, with the death of 23-year-old Taiwanese gamer Chen Rong-yu providing concrete (and disturbing) proof that people really were dying while playing video games.

Chen died after playing for more than twenty hours. Not long after, low-quality photos of his body (which we won’t reproduce here), which had sat undisturbed for so long that his limbs had locked in rigor mortis, were circulated in some of the seedier corners of the internet. Like many others, Chen’s cause of death was attributed to cardiac arrest; i.e.the failure of the heart to effectively circulate the blood, and Chen’s autopsy showed that this was due to blood clots seriously impeding his circulation.

It’s understandable if many Westerngamers tookthese stories with a pinch of salt. They don’t feel quite real.

In July 2011 the first such sudden death directly attributed to video games was reported in the UK. 20-year-old gamer Chris Staniforth died the morning after an all-night gaming session. He’d been playing Halo Reach online. After telling a friend he had experienced chest pains and shortness of breath the night before, Chris collapsed in the street. Attempts to resuscitate him were unsuccessful.

As well as being a keen gamer, Chris was a bright, social and busy young man who held a student job, played in a band and had just been accepted to study Games Design at Leicester University. His death came as a shock. “I couldn’t believe what had happened to my son,” says his father, David. “He was a very active and lively lad, just a normal kid.”

An autopsy revealed that Chris had died from a pulmonary embolism as a result of deep vein thrombosis. A blood clot (known as a thrombosis), formed in a vein in his leg, travelled through his body and blocked the pulmonary artery between his heart and his lungs, causing cardiac arrest. Such cases are not unknown and can affect almost anyone (tennis champion Serena Williams famously suffered one in 2011), but they have traditionally been associated with people who are largely immobile. More typical sufferers are elderly patients immobile in hospital beds or passengers crammed on long haul flights, but as David says, “In effect, Chris was flying long haul most nights,” his gaming habits making it much more likely that clots might form. “In Chris’ case it was like a perfect storm,” David explains. “He’d gone out with his friends for a couple of pints of beer, then he’d come home and started drinking bottles of Mountain Dew, which is a high-energy drink, high in caffeine, another thing that makes you dehydrated. Dehydration and immobility, the two things together for an extended period, can cause blood clots.” As friends in the US logged in and joined him, Chris had sat at his console long into the night, going to sleep in the early hours. It’s an experience many of us can relate to.
The media was quick to make the connection between Chris’ gaming and his death, and the story spread far. It was given extensive coverage by the BBC. The Sun led with “Death by Xbox.” The latter was exactly the kind of negative press that many gamers might expect, and his father was also disappointed. “When it hit the press, it wasn’t the headline that I wanted,” says David, who had no desire to portray either his son’s hobby in a negative light, nor the gamers who enjoyed it, not least because Chris had made many friends this way. “These were good friends, sending each other gifts, it was a real social event, he was actually going to one of his [online] friends’ weddings.”

As he came to understand how a thrombosis had caused Chris’ death, David was determined to raise awareness of what is increasingly being called e-thrombosis, the development of these life-threatening blood clots as a result of lengthy use of computers and consoles. E-thrombosis is still not widely acknowledged, and despite making several calls to different departments in the NHS (who would often refer me to other departments or institutions), I was unable to find anyone able to provide comment on the condition. This is in spite of being examined as far back as 2003 when a clinical research team in New Zealand suggested that, for people of all ages, sitting in front of a computer for extended periods was very likely to increase the risk of pulmonary embolisms exactly like the one that affected Chris.

While it remains relatively unknown, cases of e-thrombosis are nevertheless on the rise. “E-thrombosis is either being increasingly recognised, or it’s happening more frequently,” says Professor Beverley Hunt, the medical director of the charity Lifeblood, which is working to raise awareness of the causes of thrombosis. The chief cause of this, she explains, is our generation’s lifestyle, which increasingly emphasises being sedentary for both work and entertainment. “We were designed to be Stone Age men,” she says, “Running around most of the time, throwing spears or culling things off the land. Here we are in 2012, and most of us sit still for long periods of the day at work, and then go home and do the same in the evening. We’re not just talking about gamers, we’re talking about people at work as well.

“If you sit for prolonged periods, then the blood flow through your legs falls off. If you just sit for just ninety minutes, you cut off the blood flow in the vein behind your knee by up to forty or fifty per cent. When you get short of oxygen in your veins, it stimulates clot formation.”

Gamers playing for extended periods are among those most vulnerable to blood clot formation, and the longer a gamer remains sedentary, the greater the risk becomes. Lifeblood’s own research suggests that many gamers are playing for periods of up to five hours, while young professionals are increasingly likely to be sitting at a desk for, on average, three hours before taking a break of some sort. Professor Hunt describes those who are spending longer and longer periods like this as, quite simply, “pushing their luck.” Most alarming is evidence of an increase in related deaths among younger people, including teenagers and children.

So if dedicated gamers are pushing their luck, is the solution to this to spend longer periods away from computers and consoles and say goodbye to those extended gaming sessions? No, not necessarily, just as long as they remember to take a break.

This is the message behind David’s website Take Time Out, a gamer-friendly resource set up to tell Chris’ story, explain the dangers of e-thrombosis and give gamers practical, simple advice on preventing blood clots. “For a long time, gamers have come under criticism from a lot of different areas,” says David, who doesn’t want gamers to stop enjoying games the way that his son did, but does want them to be informed both by the advice on his site and, he hopes, health warnings provided by the UKIE, the association for UK Interactive Entertainment.

To mitigate the formation of these clots, Take Time Out advises gamers not to cross their legs for long periods and to take brief breaks every 90 minutes, perhaps to grab a drink of water or make a sandwich, before carrying on right where they left off. And that’s it, that’s enough to improve a gamer’s circulation. The advice is surprisingly clear and simple, not least because it’s such a quick and easy solution to a serious, growing problem. But getting the UKIE to insert relevant health notices to this effect into games, much like they already do with epilepsy warnings, has proven more difficult.

PCGamesN contacted the UKIE directly for comment, and received this response from a UKIE spokesperson: “DVT is a serious issue, but games are not to blame: any prolonged periods of inactivity should be avoided whether you’re reading a book, sitting at your desk or watching TV. There is no evidence this is a widespread issue – games are safely enjoyed by millions in the UK every day, and even more people use a PC at work.”

“Like any pastime games should be played safely and sensibly and we always recommend that games players take regular breaks of at least five minutes every 45 minutes. On behalf of the games industry, we are committed to promoting this message as part of our wider safe and sensible gaming campaign that we recently launched via theaskaboutgames.com site.”

David says he has been disappointed with the official response, particularly as he recognises how influential the British gaming scene is. “I’ll be honest with you, there’s not a great deal of action on this from them,” he says, though he too understands how much negative press the games industry receives, particularly whenever gaming is portrayed as unhealthy. “The UK has a very strong gaming industry, and I was hoping that the UK could lead on this, because it’s a worldwide issue.” Certainly, inserting some form of warning or advisory that’s as common as epilepsy warnings would raise a great deal of awareness.

In the meantime, and as most of us continue to play in relative ignorance, there’s a very real possibility that many more gamers will, in all their innocence, be putting themselves at risk in the same way as Chris Staniforth, as Chen Rong-yu, as the many other half-remembered, half-reported gamers whose deaths are treated as footnotes, curiosities or as an excuse for another overblown, sensationalist headline.

Let’s not have that, eh? Take a break, and stay hydrated.