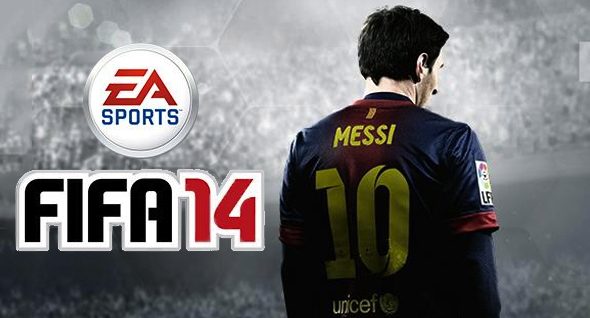 According to Polygon, EA Sports head honchomatron Andrew Wilson says that the PCs of the average Fifa player wouldn’t be able to handle the EXTREMEness of the Ignite engine that the new FIFA 14 will employ. We thought we would look at exactly how extreme a PC you would have to have.

According to Wilson at E3, the Ignite engine is tailored to next gen consoles the PS4 and Xbone, particularly”how the CPU, GPU and RAM work together in concert in that type of environment.”

“The average hardware specifications of PCs — not just PCs in general, but the PCs of those who would buy FIFA on that platform — need to catch up,” Polygon’s Samit Sarkar reports. “There needs to be some adjustment in terms of how EA Sports Ignite works to facilitate the open nature of PC architecture, rather than the closed nature of console architecture,” Wilson continued.

So FIFA PC players not only have incapable PCs but the PC is a distastefully open platform. Gross.

So let’s see how ADVANCED the average Steam player’s PC is. According to the Steam Hardware and Software Survey in May this is the average PC on Steam:

That is pretty okay! Let’s compare this to the specs I have journalismed from the EA website on Ignite. There are 9 things EA report that Ignite does for the new FIFA.

1) According to EA, players in Ignite will have Human Intelligence. Human intelligence has not been proven in the average video game player, so this is a Huge Advancement.

2) Ignite will have True Player Motion. “True Player Motion delivers revolutionary biomechanical physics, authentically recreating the dynamic movement and physicality of actual athletes.” This seems like an advancement that every game has attempted since the dawn of time, but they aren’t saying anything about how much processing power this Professional Leg Wobbler Engine will take up so it’s hard to know whether the average PC will do a flip about it.

My crappy PC fully supports this.

4) Biomechanics. I looked this up on Wikipedia and it seems like quite a broad, complex subject. Wikipedia states particularly pertaining to sports: “Proper understanding of biomechanics relating to sports skill has the greatest implications on: sport’s performance, rehabilitation and injury prevention, along with sport mastery.” But, we didn’t have that in the previous FIFA?

5) Cloth. I am very worried about anyone putting cloth anywhere near something called ‘ignite’ because there might be a fire.

6) Realism. Ignite is going to give realism to FIFA 14. I assume this means that it will be like Lionel Messi will actually BE in my bedroom. This is something I assume will take more graphics than my PC will be able to handle that it will be like in Weird Science and my keyboard will be on fire, so yes I accept that perhaps my PC is not ready for Ignite or any of the Messis that it brings.

7) Living Worlds. I think this means that crowds will be more real and so I want to try and recreate traditional Scottish crowd brawls over ‘whose pie is that’ and ‘whaes ma is ugly’ and such. I assume there will be brawls, if not Ignite will be useless to me as it has then spoilt the realism thing. Also I assume streakers and pigeons will also be rendered.

8) Living Sidelines. This is honestly just getting really creepy.

In conclusion, I didn’t find any specs for Ignite engine so for now we will have to trust Andrew Wilson that FIFA players’ PCs wouldn’t be the optimum playing machine for Ignite. But without streakers and pigeons I am not sure why you’d buy it to be honest.