Maybe you noticed that it was going for free for a whole week in April, and maybe you decided to give it a whirl. And then you loaded Eador: Masters of the Broken World up and found an unfathomably complex turn-based strategy/4X hybrid, each management screen more difficult than the last, that made no bones about killing you immediately after the first wave of tutorial tips. Well, so did I. But don’t worry – together we can beat this.

We’ve mapped the stars of 4X to bring you the very best of the genre.

If you’ve put in the hours with Heroes of Might & Magic in its many forms, there’s actually a lot less to learn about Eador than it would appear. You control a Hero on the world map who can be levelled up and equipped with new gear, and most importantly can recruit armies to fight alongside them. This basic principle, along with the side-on hex grid of the turn-based combat itself, works just like Heroes. You go in with a bigger and better army, you generally prevail by virtue of numerical advantage. And if you don’t have the edge on manpower, your Hero’s spellbook can thin their ranks a bit with magic missiles and the like. Simple. 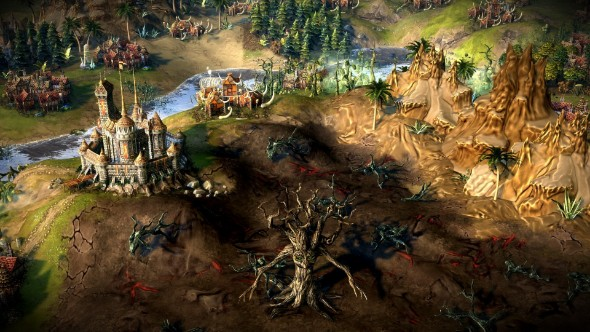 But the thing with Heroes is that it could get a bit formulaic after a while, in ways its developers probably never intended. If you had access to Archangels, recruited from Griffin Conservatories and Portals of Glory, let’s face it, you’d basically won the campaign. Similarly, if you learned the elusive Town Portal spell you could teleport between any allied towns, negating the need to drop coin on big town garrisons and gaining supernatural map traversal speed. Again, you were basically invincible.

‘Basically invincible’ aren’t words that float around in your psychological lexicon at any point while playing Eador. There are simply too many variables for that, and you get the sense that it’s exactly as intended: there’s no formula for success. For starters, the titular Broken World is split into shards, each with their own quite particular requirements and priorities. You’re not trying to dominate one big, rolling map but instead a series of self-contained scenarios. What works on one shard – Warrior Hero, lots of swordsmen – might be useless in the next. More than that, it might not even work so well on the next hex tile. So you don’t really develop a ‘go-to’ strategy. And you figure that out by dying over and over again. 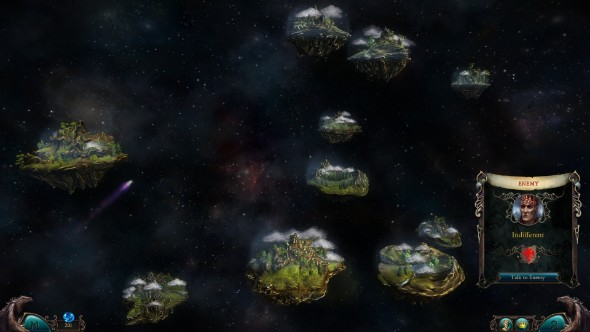 Then there’s economy and town development. Boy, is this a pain to get your head around when you’re already seething over having had three giant slugs slay your entire army last turn. The screens that govern these important elements appear to have been designed by your enemies themselves to keep you from getting ahead, such is their cumbersome execution. From what I can gather, though: don’t fall into the trap of building too much, too early. Balance spending between armies and construction, while also recruiting unit types that a) work well with your Hero’s upgrades (lots of slingers if you’ve been levelling ranged stats, for example) and b) are effective against the enemies in the area. Oh, and recruiting Town Militia seems basically useless, since they’ve yet to thwart any attack on my settlements in the entire time I’ve been playing.

I’ve found that starting out with a Wizard Necromancer is actually much easier than the Commander or Warrior routes, because summoning skeletons is a cheap spell and the skellies themselves have better attack stats than anything I can recruit early in the game. I’m not proud of raising the dead to win a fight, but it’s the only thing working for me on this particular shard of crushed dreams and many, many reloads. 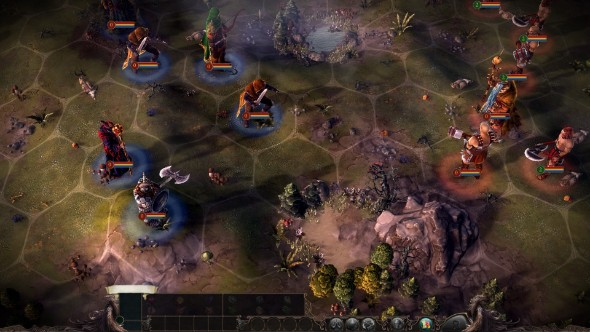 Previously I’d gone for a commander with experience buffs – 25% more XP after every victory and the like. I’d done this, of course, before realising the extreme unlikeliness that any allied troops would make it out of my battles alive, and I would thus fight nearly all my battles with level one recruits. Don’t do this if you’re a beginner.

Is it too difficult? Yes, probably. But what do we do when we find a game that’s too difficult? That’s right, we cast aside our hopes for a more fulfilling life and concentrate entirely on crushing the bastard. Its wilfully obtuse UIs and management screens only make those rare moments of victory all the sweeter, and frankly if it wasn’t such a fundamentally fascinating experience in the first place, so laden with systems and stats from the systems-and-stats-iest genres in PC gaming, you wouldn’t care about losing, or want to improve. It’s testament to Eador, really, that people like me complain about its initial difficulty. We’ll persevere, and eventually master it.