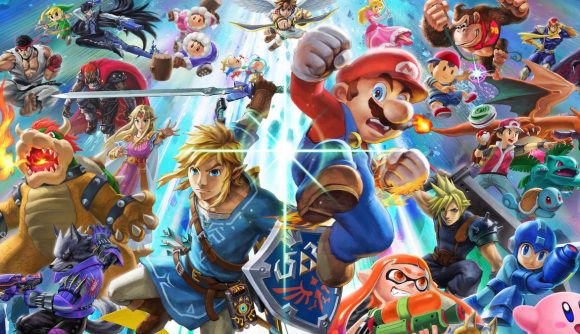 It’s been a while since schools recognised the value of computing – and more specifically, the PC. Some at PCGamesN have fond memories of writing Zork-style adventure games on BBC Micros or playing SkiFree at lunch on the earliest multimedia PCs. But a recent story from Sky News suggests that the personal computer is soon to be joined in the classroom by Nintendo consoles, of all things.

This is all the idea of Digital Schoolhouse, a government-backed, non-profit scheme looking to use videogames to teach both life skills and computing. At the top of the list is Smash Bros Ultimate, which will be at the centre of the esports competition Digital Schoolhouse plans to organise, saying it will teach teamwork.

Since its inception in 2014, Digital Schoolhouse has been joined by a variety of other games companies, and will reportedly expand its reach to over 30,000 students and 7,000 teachers over the next year. It is also backed by Ukie, a gaming industry trade body. Speaking on the initiative, Nintendo’s UK head of communications says it could “inspire the next generation of young minds across the UK”.

The many benefits of gaming are becoming better understood and discussed. A recent study by Max Planck at the Institute for Human Development in Berlin claims that playing videogames “causes increases in the brain regions responsible for spatial orientation, memory formation, and strategic planning, as well as fine motor skills”.

We, of course, already know that gaming makes you a genius. Nice to be reminded of it from time to time though.