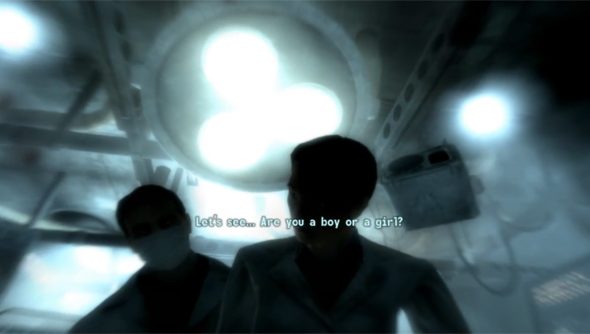 We were all babies once. Now we’re all old babies. And chances are you love nothing more than kissing and dancing with other old babies. You want to grow even older with an old baby, to hold the old baby’s hand and tell the old baby you love it. You even want to make new babies with old babies. There’s no shame in loving an old baby. It’s how we are all programmed, after all.

Here at PCGamesN we get a lot of requests for list features, but far and away the question we are most often asked is: what are the eight best babies in games? Proper babies, I mean. New babies.Fresh babies.

Well I’ve compiled a list of the best babies in games, which should answer that question once and for all. 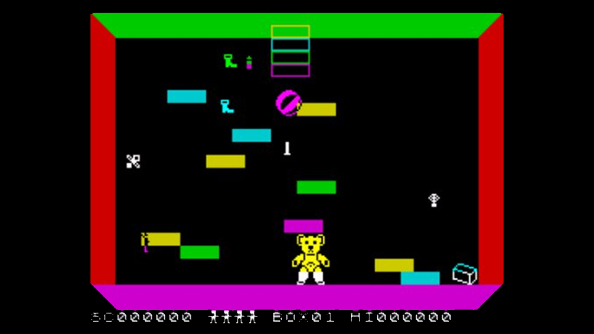 Notable for its inclusion in this list in that you never actually see the baby in question, Ah Diddums has you controlling a teddy bear as it attempts to extricate itself from a toybox in order to comfort its owner: a crying off-screen baby.

Rival toys repeatedly thwart your attempts at escape however, as silencing the mewling babe would cause the child’s mother to turn off the lights and bring their enchanted playtime to an end. They wish to play forever and will stop at nothing, not even your murder, to do so.

If you can manage to stack bricks to form an exit to the toybox, you’ll find that you were trapped in the deepest of 99 nested toyboxes all along. A horror crueller than the harshly digitised (and constant) screams of the irritated wean that play throughout the entire game. 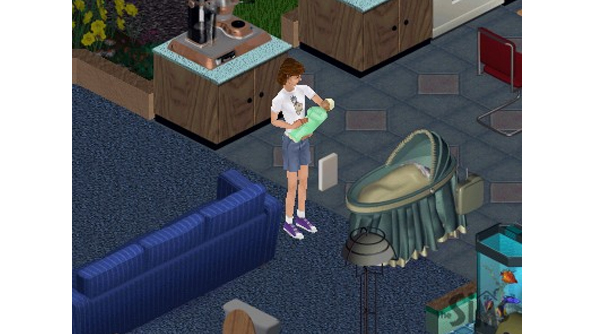 Babies in The Sims can be summoned into being with a single mouse click, at which point they’ll magically appear in a crib in an explosion of daisies.

This roughly accurate depiction of childbirth (in reality the explosion can be of any variety of flower, usually chrysanthemums, depending on the woman) results in a static and barely interactive infant that must be cooed at and fed at regular intervals during its 72 hour babyhood. After this time elapses, the baby will spring forth from its cot as a full-grown child. Result.

The Sims’ baby is technically a piece of in-game furniture. It has fewer available interactions than, say, a fridge. Such uncanny realism in videogame babies is rare and not to be sniffed at. 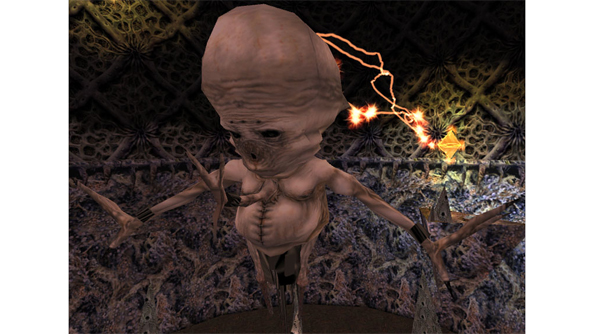 A huge baby plays the part of the final boss in Valve’s classic first-person shooter, facing off with you in the alternate dimension of Xen. This huge baby is protected by an energy shield powered by orbiting crystals which must be destroyed to render the massive baby vulnerable to your attacks.

But watch out! This giant baby is capable of launching a barrage of electrifying blue orbs, as well as slower moving green portals that will zap you to another region of Xen.

This grotesque and oversized baby is unlike any other you’ve ever encountered, but just like a real baby it has a weak spot on the top of its head. 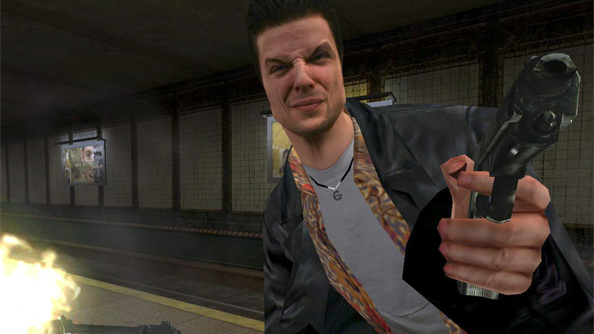 Here we have another constantly crying baby, à la Ah Diddums, only this time the harrowing, inescapable wails of an infant are chasing you through a conceptually radical, yet technically frustrating nightmare sequence.

Max must traverse a series of invisible platforms by following a bloody trail, while being subjected to a horrific soundscape of howling screams emanating from the very darkest parts of the man’s guilty conscience.

This one is actually a little bit horrifying, comprising a significant part one of most traumatic levels ever seen in games. Sorry. I probably should’ve put the scary flying babies from Doom 3 in here instead. 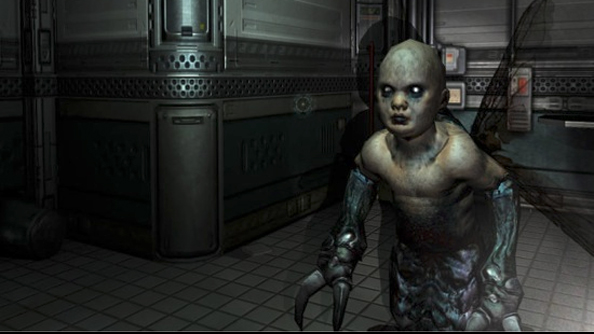 Well now that I’m thinking about the scary flying babies from Doom 3, I might as well include them in the list too.

Somehow this scary flying baby is less controversial than the Max Payne baby earlier in the list. Funny how babies work, isn’t it? 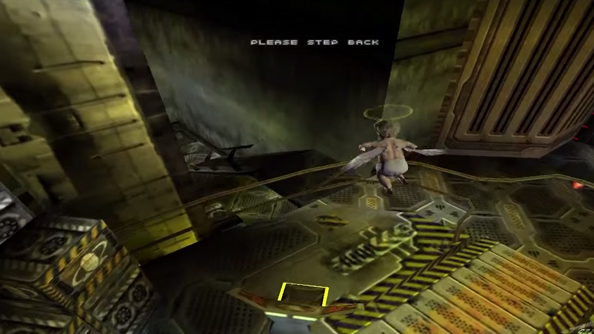 This baby is a bit cheerier. In Messiah you play a putto, which is a kind of baby crossed with a pigeon, who can fly around and possess the bodies of his enemies in order to have them do murders and solve puzzles. (A putto is distinct from a cherub, for some reason I’ve just read on Wikipedia a moment ago and have immediately forgetten.)

This awesome baby can jump into the body of a rat and make it scurry through a hole to pull a switch, unlike all of the boring babies that you or I have to deal with constantly. 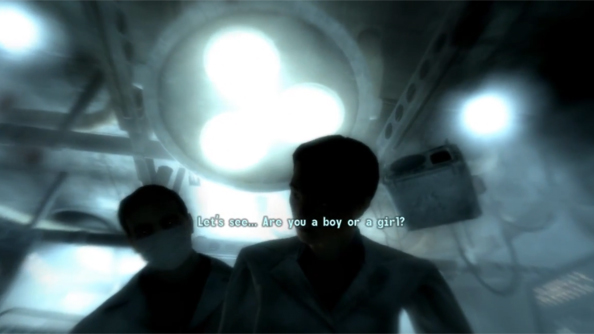 In Fallout 3, the star of Taken and Taken 2: Ticket To Turkey literally plucks you from your mother’s womb with a wet schlocking sound before aggressively quizzing you on your gender and appearance. A model father and a model baby.

And just like being a real baby, these early moments in Fallout 3 act as a helpful introductory tutorial, demonstrating how to pick up items, open doors and manage your inventory. Cool! 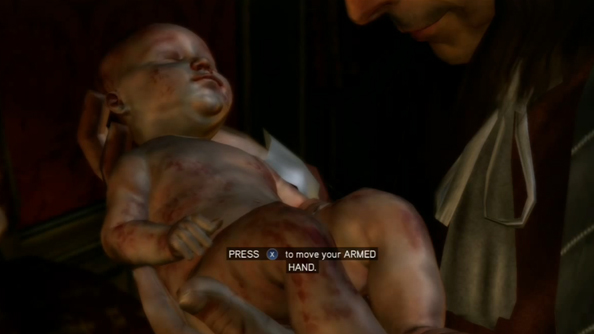 Another game which allows you to simulate your own birth in first-person, Assassin’s Creed 2 wasted no time in teaching you all the controls a growing boy needs.

Still sticky with your mother’s viscera, you’re prompted to “press X to move your armed hand”, causing your tiny baby fist to take a feeble swing at your dad’s chin. Bless.

You have to follow a few more baby-sized QTEs before you’re handed back to your exhausted mother, who immediately asks you to collect 100 flags dotted across the city.

Thanks for reading this list of the best babies in games. Have you seen a baby in a game? Think we’ve missed a baby? Why not let us know in the comments below!